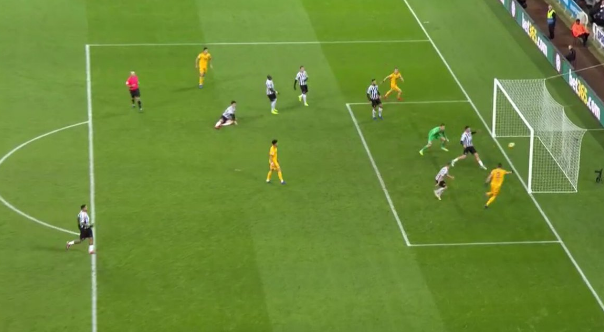 Matt Doherty scored a 94th minute winner to secure a 2-1 win for Wolves against Newcastle today.

Doherty’s goal was his second in three games, with the 26-year-old right back also providing a crucial assist in the 2-1 win over Chelsea last time out.

DeAndre Yedlin was then shown a straight red card in the 57th minute for hauling down Jota when the Wolves attacker was bearing down on goal.

Back to back wins for Wolves sees Nuno’s side climb to 10th place in the league.

Doherty is now level with Shane Duffy on three goals as the leading Irish scorer in the English top flight this season.

Ciaran Clark has scored twice for Rafa Benitez’ Newcastle, and Seamus Coleman has also found the net for Everton.

Jeff Hendrick is the only non-defender from the Boys in Green to get on the scoresheet in the Premier League this season.