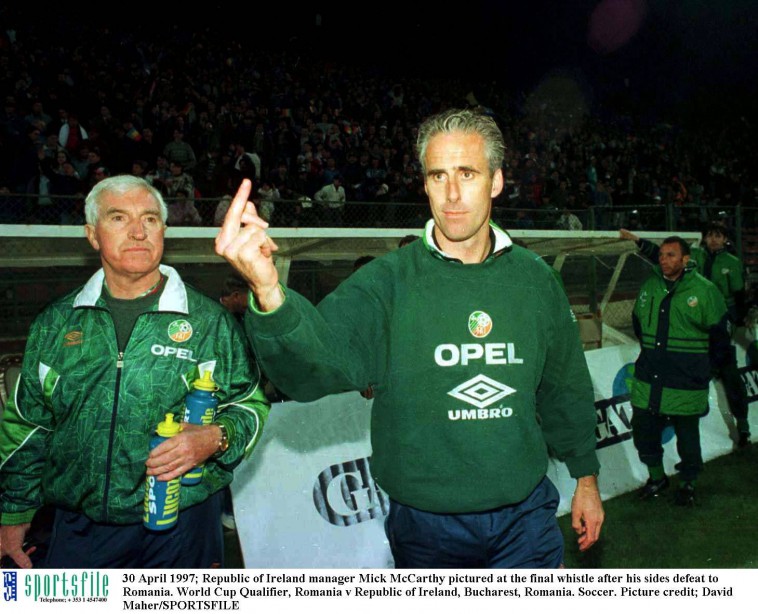 The Republic of Ireland have drawn Denmark, Switzerland, Georgia, and Gibraltar in their Euro 2020 qualification group.

The Boys in Green were initially placed in Group C, but escaped a challenging group including Germany and the Netherlands due to FIFA’s hosting rule.

Instead, Mick McCarthy’s team have been drawn in Group D after this morning’s draw at the Convention Centre in Dublin.

The top two will progress from each group, with another four overall places up for grabs through the UEFA Nations League play-offs.

Ireland’s qualification will kick off in March, with the fixtures to be finalized later today.

“They explained before that there were certain things that couldn’t happen,” Mick McCarthy told RTÃ‰ afterwards after Ireland escaped Group C.

“I’m not saying our group is easier but the Netherlands and Germany would have been a really tough ask and then of course Michael O’Neill (Northern Ireland manager) got it.

“I think everyone is asking me is it an ‘easy’ draw. It’s not becauseÂ Georgia was one I looked at in Pot 4 that’s a tough one because we’ve played them before and they’ve always had good teams.”

Northern Ireland had no such luck.

Michael O’Neill’s side have been placed in Group C alongside Germany, the Netherlands, Estonia, and Belarus.

England will fancy their chances of topping Group A, where they are joined by the Czech Republic, Bulgaria, Montenegro, and Kosovo.

Here is the draw in full: