The Republic of Ireland assistant manager has paid tribute to his former teammate ahead of O’Shea’s final international match on Saturday.

Keane played with O’Shea at both club and international level, and has described the veteran defender as a “really balanced” character.

“I remember him as a young player at United and thinking ‘This kid’s got a chance, decent player,” the 46 year old said.

“Strangely enough, he always seemed really balanced. We’ve talked about all the pitfalls in football, but John always seemed to be really switched-on.”

However, Roy joked that perhaps O’Shea is “a headcase” behind close doors.

“But listen, he could be a raving lunatic when he’s at home in the evenings – I hope he is.”

“I hope he’s a head-case and we’re all proved wrong when he’s locked up in six months and we’re all saying, ‘Jesus, I never saw that coming’.

“No, but I don’t think so. He’ll probably have a nice steady life, probably become a coach or a pundit.”

The former Manchester United defender will make his final appearance for Ireland against the USA at the Aviva on Saturday night. 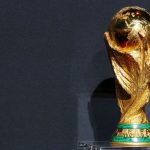