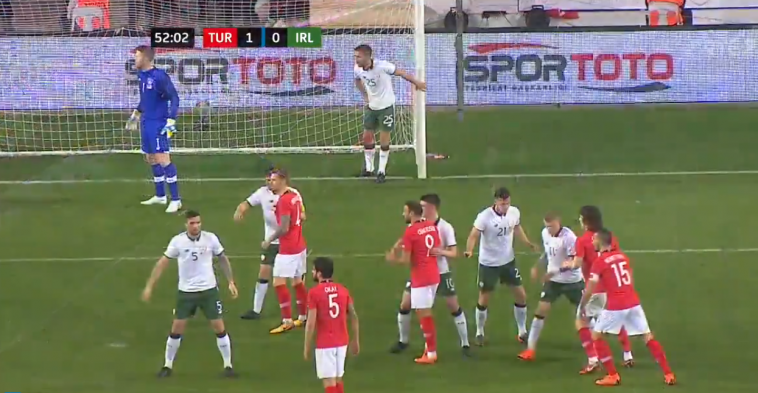 The Republic of Ireland have been beaten 1-0 by Turkey in Antalya.

Mehmet Topal scored the only goal of what was a poor game in the Turkish heat, with Martin Oâ€™Neill fielding an experimental lineup and formation.

Here are the main talking points from the international friendly.

The FenerbahÃ§e star volleyed home Yusuf Yaziciâ€™s corner in the 52nd minute, and the home side deserved the lead on the balance of play.

The Republic of Ireland struggled to create many meaningful chances, but Scott Hogan had the best chance of the first half in the 18th minute. The Aston Villa striker was released by Hendrick, but could only find the side netting after taking the ball around Turkish â€˜keeper Volkan Babacan.

Doyle was then forced to make a smart save to deny Everton forward Cenk Tosun 10 minutes later, but the game remained scoreless at the break, with the home side largely restricted to hopeful efforts from outside the box.

However, it took the Turks just seven minutes to find the net after the restart, and the boys in green rarely threatened to equalize in a second half disrupted by rafts of changes to both teams.

From a corner Topal volleys in to put Turkey 1-0 up after 52 minutes https://t.co/uqbG5tdeGh #TURIRL pic.twitter.com/qaVnyxSRbu

Martin Oâ€™Neill gave plenty of fringe players an opportunity, and started with a 3-5-2 formation.

It was wonderful to see Seamus Coleman back in a green jersey. The Irish captain started at right wing back, and was replaced by Wolvesâ€™ Matt Doherty in the second half.

Alan Judge also made a welcome return as a second half substitute, and both will be delighted to return to the international fold after their respective leg breaks.

Colin Doyle started between the posts, winning his second cap after his international debut way back in 2007.

Kevin Long, Shane Duffy, and Declan Rice operated as the three central defenders, and were flanked by Coleman and James McClean.

Conor Hourihane, Jeff Hendrick, and Alan Browne got the nod in midfield, and Scott Hogan partnered Sean Maguire up front for the visitors.

Daryl Horgan, Matt Doherty, David Meyler, Alan Judge, and Shane Long were all introduced from the bench, but the visitors could not produce an equalizer.

Declan Rice has enjoyed a breakthrough campaign at West Ham, and the 19 year old was deservedly named as tonightâ€™s man of the match in Antalya.

The versatile teenager started as one of a back three, before moving into midfield in the second half, where he showcased his composure and ability on the ball.

Rice was hugely impressive throughout, and looks as if he could be a key player for the boys in green moving forward.

Martin O’Neill was full of praise for the West Ham player after the final whistle;

Skipper Seamus Coleman was in agreement after Rice’s eye-catching performance.

“Weâ€™re disappointed to have lost but I thought Declan was brilliant,” the Donegal native said.

“He wasnâ€™t just brilliant today, heâ€™s been brilliant all week in training.

“Heâ€™s a great lad, desperate to do well and a few of us could have taken a leaf out of his book today.”

Despite switching personnel and formation, there were familiar issues on display in Turkey.

The visitors lacked creativity for large parts of the friendly, and were often wasteful in possession.

Many fans have been calling out for a change in approach following the defeat to Denmark, but there were few signs of more a attacking mindset last night.

Too many players were ponderous in possession, particularly in contrast with the hosts, who played the better football on the night.

In O’Neill’s defence, many of these players were inexperienced, and playing together for the first time.

Change takes time, and the boys in green should not be judged too harshly on last night’s showing.

O’Neill has further opportunities to tinker with players and positions in the upcoming challenges against France (May 28th) and the USA (June 2nd), and it will be interesting to see whether the former Celtic boss persists with last night’s 3-5-2 formation. 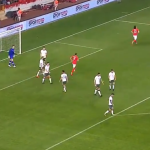