Saturday, 23 April 2016
Premier League
Aston Villa 2-4 Southampton
Kevin Toner made his first appearance for Aston Villa as a second half substitute, and marked the occasion with an assist on their second goal
Shane Long’s ninth Premier League goal of the season is a new personal best for the Tipperary striker

Peterborough 0-2 Scunthorpe
Paddy Madden made his 50th appearance of the season!
Stephen Dawson fourth booking of the season was more than three month since his last yellow card

Wigan 4-1 Southend United
David Mooney returned to the Southend team for his first appearance since 5th March
Chris McCann scored his third goal of the season, this was his first strike since 12th January 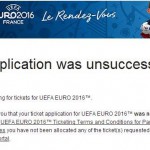