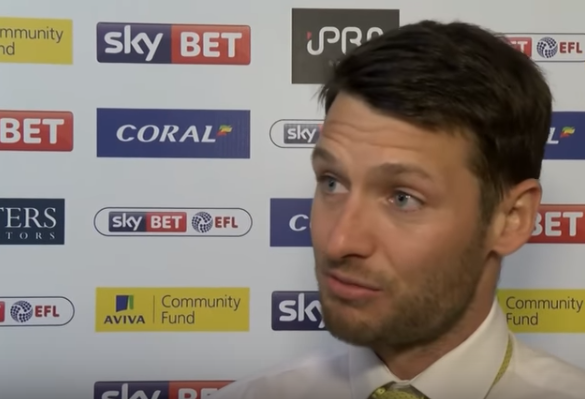 Wes Hoolahan will leave Norwich at the end of the season.

The former Republic of Ireland international will leave Carrow Road in the summer after 10 years with the Canaries, and will be granted a testimonial by the Championship club.

Hoolahan has made over 350 appearances for Norwich, scoring 53 goals, and the Dubliner will make his final appearance for the club against Leeds United on Saturday.

The former Shelbourne playmaker is a fan favourite at Carrow Road, and was inducted into Norwich Cityâ€™s Hall of Fame in 2012.

“Itâ€™s been a great ten years,” the 35 year old said in an open letter to the Norwich fans.

“I’ve thoroughly enjoyed myself at this club and itâ€™s going to be an emotional day on Saturday against Leeds. Iâ€™m looking forward to it and I’ve got a lot of family coming over and hopefully they will enjoy the day out and hopefully we’ll get the win as well.

“I spoke to my family last week and it will be great to have them over. I just want then to enjoy it because they can’t wait. My ten years have been brilliant, with a lot of ups and downs. To get promoted three times and to have played in the Premier League for four years means that Saturday is going to be an amazing day for everybody involved.

“For the last ten years, the fans have been amazing with me. Every time I’ve come off the pitch or come on from the bench they’ve always roared me on. I’ve really enjoyed the experience weâ€™ve had with them. Hopefully it will be one last great day for the fans on Saturday and everyone will enjoy it.”

After an amazing 10 years, Club legend Wes Hoolahan will leave Norwich City at the end of the season. #ncfc

Hoolahan also went on to single out some of his favourite moments at the club, including winning promotion to the Premier League.

“There are a couple of moments that really stand out for me. Against Portsmouth, when Simeon Jackson got us the goal to take us to the Premier League, with David Fox whipping a great ball into the box – it was just brilliant to see the ball go in to win the game.

“And Wembley. To play in a game of that magnitude and to have all eleven players on the pitch play their best games in such a complete performance as we won was amazing. It was really enjoyable, and what a great day out it was for the fans too. It had been a tough season before, having been relegated, so to see so many there in such huge numbers was amazing.”

Hoolahan – who scored three international goals in 43 caps – says he’d love to sign off with a goal on Saturday, but stressed that a win is the most important thing for the team.

“On Saturday, the most important thing is to win the game by putting in a good performance. I’d love to score against Leeds to finish it off on a high but it would make the day a lot better if we won. It would be great to go out on a high with a home win for the fans.

“It will be strange to leave this club after ten great years but you have to move on. The fans have been amazing to me, the club have been great and Iâ€™m going to miss the place. I just want to say to the fans ‘thanks for the support’, because they’ve been amazing.

“Even through the downs, they’ve always turned out. In my first year here we were relegated but then you’d walk out into a League One game in front of 26,000 fans. It’s one of the best clubs in the country and the support is always brilliant.

“Itâ€™s been amazing. Sometimes you don’t think the day will come where you leave, but the time has come and I look forward to the next challenge. It goes by so quickly. The first day I came here I was training under Glenn Roeder, and now it’s with Daniel Farke.

“Time flies, but I’ve enjoyed every moment of it. See you on Saturday.”

Norwich manager Daniel Farke was one of many to pay tribute to ‘Wessi’.

“Heâ€™s a club legend already, and we know he will be even more of a legend in the future.”

It will be interesting to see where Hoolahan goes next, and a return to the League of Ireland could be an option for the experienced midfielder.

🎥 Even the best things come to an end 😢