Burnley 3-2 Bournemouth
This game was the first time two Irish players scored for the same team in the Premier League since Brady and Hoolahan for Norwich in February
Stephen Ward’s goal (his first of the season) was his fifth goal in the Premier League, almost five years after his last PL goal in January 2012
Harry Arter was booked for the fifth time this season and is suspended for the next game

Preston North End 3-2 Blackburn
Anthony Stokes came off the bench to make his first appearance for the Blackburn senior team since October 29th, although he has played and scored for their U23 side in the Checkatrade Trophy since then
Darragh Lenihan was booked for the fifth time this season and is suspended for the next game

Bristol Rovers 4-2 Bury
Rory Gaffney scored his fifth goal of the season, this was the former League of Ireland striker’s 15th goal of his career in England

Inverness CT 1-1 Hamilton Academical
After coming off the bench for his last six appearances for Inverness Caledonian Thistle, Jake Mulraney returned to their starting XI for the first time since October 22nd

Rangers 2-0 Hearts
Robert Kiernan’s opener was the defender’s first goal for Rangers, his last goal was in April 2015 for Birmingham

Peterhead 1-1 Alloa
Fiacre Kelleher scored his third of the season, almost two months after his last goal on October 15th 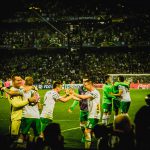