Compiled by one of our forum users on www.ybig.ie/forum

June 26th. We limped out of Euro 2016 after defeat to France, the host nation in Lyon.Â  I could accept defeat but not surrender.Â  Too many of our players had let the press get to their heads after the victory over Italy.

Maybe O’Neill did aswell.Â  Believed the hype.Â  Lost the run of ourselves.Â  O’Neill after the shambolic performance against Belgium had supposedly ‘worked miracles’ after getting the needed victory over the Italians in Lille in our final group game.Â  I saw no magic.Â  O’Neill changed the team up. He reminded me of a circus clown juggling balls, except in this case instead of balls he was juggling players hoping to stumble upon a team that would produce results.

The truth was O’Neill got lucky that night.Â  The night before in the team hotel we sat down to discuss the team selection with Steve Guppy.Â  The manager hadn’t a clue who to pick. He was as indecisive as a schoolgirl deciding what to wear to the local school disco.

Back and forth he went until he couldn’t make up his mind.Â  Then came his ‘genius’ plan.Â  He put all the outfield players name on small scraps of paper and put them into a hat and asked Guppy to give the hat ‘a wee shake’.Â  He then closed his eyes and started picking out names.

Murphy (I sighed), McCarthy, Keogh, Duffy….Â  All the f**king players I wouldn’t have in an arses roar of the team came out of the hat and onto the teamsheet.Â  I asked Guppy on the way back to our rooms had he done this before?Â  Guppy replied that he has always done stuff like this but has been on a 20 year lucky streak.

Somehow, and don’t ask me how, it worked.Â  The players put in a performance.Â  The Italians, who were already through to the next round, almost seemed as pleased we won the game as we did. Buffon at the end seemed particularly happy. Apparently he had a bet on that we would win. Typical shrewd Italian.

The press lauded O’Neill and the players. They drank that night. I went back to my room.Â  I felt hollow. Was this how we were supposed to prepare for a game at the European Championships??Â  I felt cheated. The whole thing was a fraud.Â  O’Neill was a fraud. The players had got a result but it a fluke.Â  I wanted more.Â  I felt like going home.Â  I rang Theresa. She talked me into staying.

”Stay Roy.Â  The country needs you.Â  You don’t want to be remembered for walking out again do you?”

It was a convincing argument. I told her I’d stay.Â  She would feed the dogs who I loved more than anything in the world. I missed hugging them.

We prepare for France in Lyon.Â  Brady is cocky today. He struts out onto the training pitch like he owns the f**king place.Â  I liked that. But I also had my doubts about him. He was rubbish in training that day.Â  Had the success gone to his head I wondered.

Duffy is another cock a hoop.Â  He strolls out like he is a superstar with Real Madrid.Â  I felt that the mood in the camp wasn’t right.Â  Complacency was setting in.Â  I could sniff it around the place like a bad smell.Â  O’Neill didn’t seem too concerned.Â  He was too busy giving interviews to BBC Northern Ireland and boosting his profile.

Was he angling for the BBC Sports Personality of the Year award I wondered?Â  I decided ‘no’.Â  But it did give me pause for thought.Â  He had his mind elsewhere. The French would take no prisoners.Â  somehow we play a good first half but then the French class kicks in.Â  Bam! TwoÂ goals in a few minutes and we are found out. The last 30 mins was a f**king massacre. It could have been six.

My dream tournament had been a bloody nightmare. Because of the intense facial expressions I am chosen for a drugs test…. 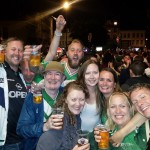 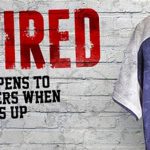