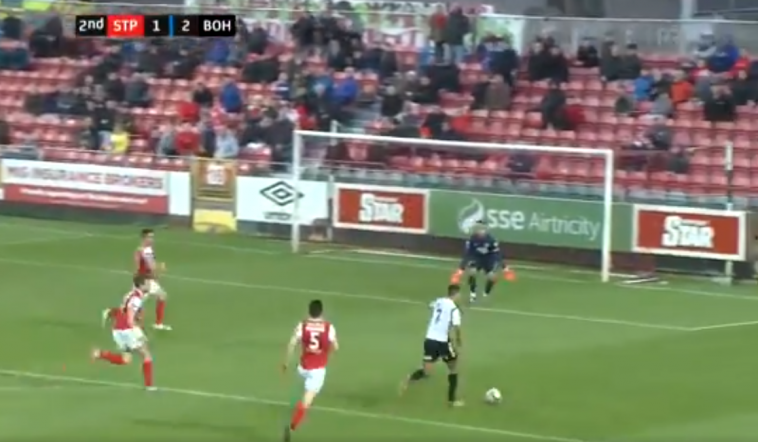 The 19-year-old has been on trial with the Foxes, and scored twice for the club’s U23 side – and won a penalty – against Swansea on Monday evening.

Reghba is an U19 Republic of Ireland international, and was named by new U21 international coach Stephen Kenny as a rising talent.

He joined Bohs last March after graduating through the ranks at Shelbourne, and qualifies for the Boys in Green on his maternal side, despite being born in Germany.

The teenage forward is out of contract at Dalymount Park – where he made his senior debut last season – but Bohs and Shelbourne would be entitled to compensation nonetheless.

Multiple sources now reporting that Bohemians youngster, Ali Reghba is on the verge of signing for Leicester City. Let's just hope this incredible young talent gets a fair crack of the whip in England. #BetweenTheStripes

Reghba scored his first senior goal for Bohemians against Dublin rivals St.Pat’s last season, and produced two clinical finishes for Leicester in the 3-0 win over Swansea, which you can watch below.

According to Sky Sports, the Premier League club are currently negotiating compensation with Bohs with a view to signing the underage Irish international.

If you missed it, here's Ali Reghba's second of night! 😃#lcfcu23s