Ireland has managed to avoid relegation from Nations League B with a stalemate against Bulgaria, but the lack of goals has become more and more of an issue for The Boys in Green.

While there is an underlying story of all the withdrawals that Stephen Kenny has been forced to deal with, the stats don’t look great when it comes to the top end of the field. We have now gone seven matches without finding the back of the net. That goal came away against Bulgaria back on September 3, with a last-gasp goal from centre-back Shane Duffy.

You have to go back to a 3-1 friendly victory against New Zealand back in November 2019 for the last recognised Irish striker to find the back of the net, with Callum Robinson the scorer of the last goal against the All Whites. With a forward not scoring for Ireland in 2020, there will undoubtedly be questions about the course of action going forward for Kenny and his staff.

It would be wrong to not look at the mitigating factors in recent internationals, with no less than 14 players out of the original 26-man squad named to feature in November’s internationals forced to withdraw due to injury or illness. That really is unprecedented and for a nation with the lack of strength in depth like Ireland, it’s unsurprising that so many of the under-21 players were called up to fill the void.

Disjointed performances were to be expected and that was again evident in the goalless draw with Bulgaria last time out. Ireland did create chances with Ronan Curtis missing the clearest-cut chance for the hosts at Lansdowne Road, while Robbie Brady saw his effort cannon off the crossbar.

That goalless draw saw Ireland’s wait for a competitive win extend even further, with the last victory coming back in June 2019 with a 2-0 win against Gibraltar. After the draw against Bulgaria, striker James Collins admitted the side are “not quite there” when it comes to finishing in games. Collins shouldered some of the blame for the disappointment on the night, but the Luton Town striker is clearly not alone with his lack of goals for his country.

The recent retirement of David McGoldrick was a shock for Ireland fans earlier in November, and the 32-year-old’s decision to call time on international football could not come at a much worse time. While it’s completely understandable that McGoldrick would like to spend more time with the family and focus on his club football, it makes the situation no easier for coach Kenny.

McGoldrick is one of few Irish forwards currently plying a trade in the Premier League with Sheffield United and one would have hoped a player of his experience could have helped guide some of the younger Irish talent through in the coming years. Much is riding on the young shoulders of Tottenham starlet Troy Parrott (main pic), and having McGoldrick in the Ireland camp would only have helped the promising 18-year-old. McGoldrick was hardly prolific for Ireland but his general hold-up play is certainly something admired by boss Chris Wilder at the Blades, who are 5/6 in the football betting to be relegated from the Premier League this season.

A break in international action could not come at a better time for Kenny, to allow the dust to settle, and try to take stock of the positives Ireland can take going forward. Avoiding relegation from Nations League B is something to build on, and Kenny will hope to have most of his first-team regulars back for when the action resumes. A rebuilding job is still in process for Ireland and Kenny still has time to turn things around with The Boys in Green. 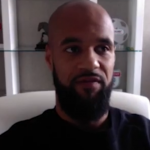 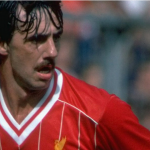