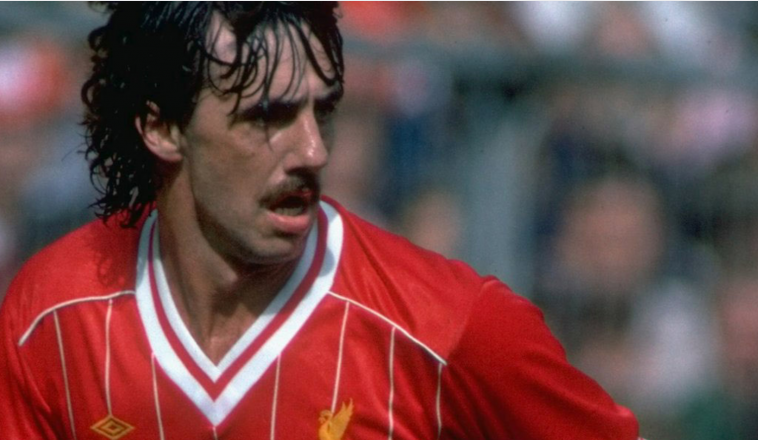 Sky Sports would have you believe football was invented in 1990, and some of our younger readers might just believe them too. But there was a mysterious time of brilliant taches, amazing barnets and some great Ireland players, all played out on some bobbly, horrible pitches you’d expect to see in the United Churches League. These seven Irish heroes played mainly in the 70s and 80s. Many of these footballers were at the pinnacle of the game in Europe, they might not have been part of the legendary Irish teams that went to Euro 88 or the 90 World Cup but they were brilliant. Punters that have accessed the William Hill Promo Code – 100% Verified are well aware of the performances of these great players.

7. Jim Beglin – Liverpool
You might be forgiven for only knowing the downbeat commentator fond of his ‘unbelievable’ phrase but he was actually a footballer once. An unusual one to be on the list due to his short career but Beglin was a whole hearted and skillful left footed player and but for a horrific leg break followed by a knee injury which he never recovered from Beglin could have been an Irish legend like Steve Staunton. Career high scoring on his debut in the semi final of the European cup v Panathinaikos.

6. Dave O’Leary – Arsenal
Had a falling out with Jack Charlton so O’Leary didn’t play as many games as his undoubted talent deserved. He did score that penalty though! At his peak he was one of the classiest central defenders in England, won it all with Arsenal.

5. Mark Lawrenson – Liverpool
Before he was the camp pundit and commentator for the BBC with the squeaky voice, Lawro was one of the best centre halves in England and Europe, playing for a dominant Liverpool team winning several leagues as well as the European Cup (now known as the Champions League). He was a tough, ball playing defender and would be a 70million+ player today.

4. Kevin Sheedy – Everton
During the mid 80’s Everton were Liverpool’s main rivals and Sheeds won two leagues, an FA Cup and the Cup Winners Cup he would have played in the European Cup but all England teams were banned from Europe due to the Heysel disaster. He scored Ireland’s first ever goal at a World Cup, a nice record to hold.

3. Steve Heighway – Liverpool
He was amazingly an amateur player with Skelmersdale United at 22 years old. Bob Paisley watched him play for them and he immediately declared him the best amateur player he had ever seen. He wasn’t wrong, as Heighway had a brilliant career with Liverpool, numerous leagues were won, the European Cup, the Super Cup and he also scored 76 times in 475 games.

2. Liam Brady – Juventus
Brady started out with Arsenal and became one of the best midfielders in England, at a time with foreign player quotas big player moves between countries was limited. Brady bucked the trend and went to the best league in Europe at the time, Italy, playing with Juventus and winning titles there. One of Ireland’s finest and due to an injury couldn’t make the Euro ‘88 squad, a real pity.

1. John Giles – Leeds
Similar to Brady, Giles was a beautifully balanced and creative player with a wand for a right foot. He was an instrumental player for Leeds during their dominance of English football, where Leeds had a reputation for been dirty, which in fairness to the times could be labelled at many teams, he was a nearly man for Ireland as we came within a whisker of qualifying for the World Cup in 1982.