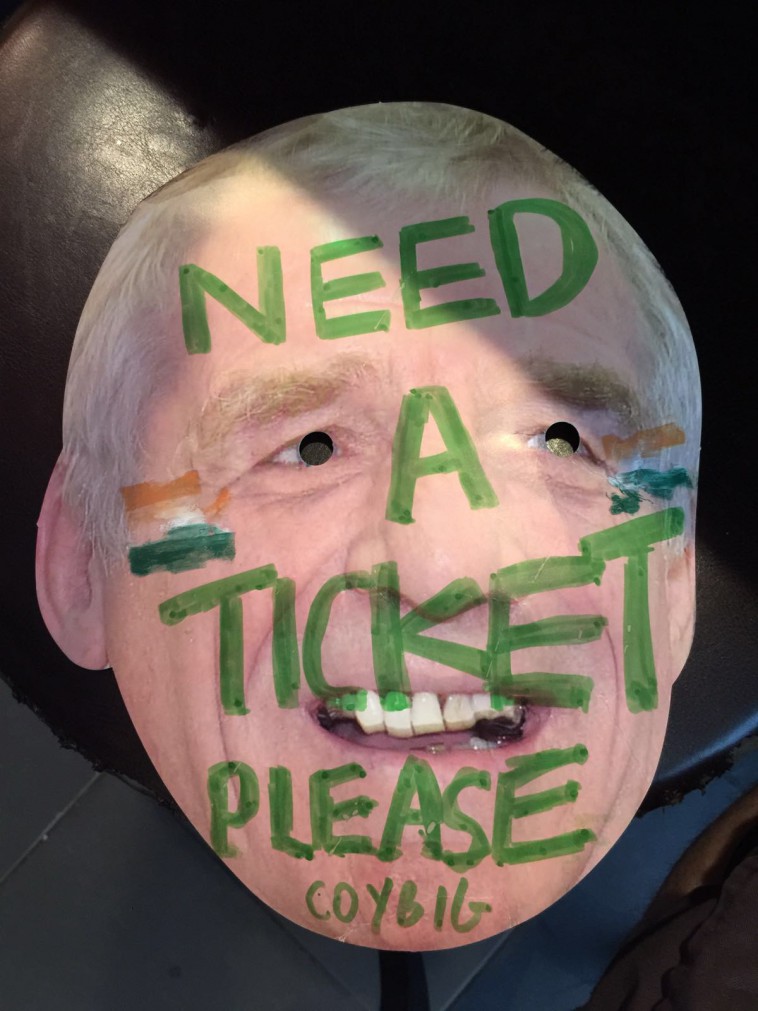 The Danish FA has warned that Irish fans who bought tickets for the Danish section of Parken Stadium face the risk of being turned away.

Irish fans snapped up the 2,400 away tickets available, but some may try to overcome this by buying tickets in the home end of the 38,000 capacity stadium in Copenhagen.

Danish Football Union (DBU) communications director Jacob Wadland spoke to Morning Ireland about the situation, and advised that any Irish fans who manage to beat the system should “stay quiet and take off the green jersey”.

“There’s always a chance they they may get in, and maybe they won’t cause concern,” he said.

“But what we are concerned about is, should Ireland, heaven forbid, win the game or score two or three goals, we would try to avoid the situation where a group of Irish fans are jumping up and down and happy and sitting in the middle of 500 Danish fans, who are annoyed.

“That creates tension and that’s what we’re trying to avoid.

“If they are capable of beating the security, stay quiet and take off the green jersey.”

There are considerable security safeguards in place to prevent away fans from mixing with the home fans inside the ground, which Wadland discussed on air.
“The problem is not Irish fans in general,” he said.
“We have 2,400 Irish fans who have tickets in the right away section,” he said.Â “They have been bought and distributed through the Irish FA (FAI).

“There could very well be some who have tried to ignore the warnings we have given and tried to buy tickets in the Danish section.

“We are required by UEFA and FIFA to make sure that Danish and Irish fans are segregated.”

Â “It would be people who have knowingly tried to buy a ticket in the Danish section and ignored the disclaimer in English which said it was only for Danish fans,” he continued.

“They would stand the chance that when they try to enter the stadium, the tickets would not be valid, they would be stopped at the entrance.”