With the coronavirus sweeping across the world which has in turn thrown the football calendar into disarray, who can really say when the Nations League games will begin? But we will stay positive and assume that the games will begin as scheduled in September.

Wales: The best team in our Nations League group, having qualified as runners up to Croatia in their Euro 2020 group. Ryan Giggs started his management career with Wales at the previous Nations League tournament and it started superbly with an emphatic 4-1 win in Cardiff, against Ireland. Giggs plan as maanger was a bold one where he decided he would get rid of some of the older players from their Euro 2016 squad (which made the semi finals remember) and freshen it up with the talented youth team players. At the start and middle of Wales Euro campaign, that looked a mistake as they were in 4th and 3rd position. But a strong finish in the group and a home win against Hungary, saw the Welsh finish 2nd and Slovakia finish 3rd  while Hungary finished 4th. Giggs’s blue print could be a strong indicator of how Ireland can also develop under Stephen Kenny, Ireland’s manager in waiting. Star Man: well it will always be Gareth Bale, but Ben Davies was excellent in the qualifiers on the left side of defence.

Finland: If Wales are the best team in the group on paper, then Finland are certainly the dark horses. They have qualified for their first Euros tournament in their history, finishing runners up to Italy, who won all 10 of their games. The Finnish pipped Greece and Bosnia into 3rd and 4th respectively. Star Man: Teemu Pukki, who scored an outstanding 10 goals in 10 games.

Bulgaria: Ireland played Bulgaria in a recent friendly match, and I can honestly say they are the worst team I have seen in Dublin (I would include Gibraltar in that list). And judging by their recent results and performaces that would be a fair assessment. They have changed manager though from that time with Georgi Dermendzhiev, taking over in October 2019. He has been a success at club level,  winning the Bulgarian league three times with Ludogorets (2015-2017), and he also made the group stages of the Champions League. Similarities between himself and Stephen Kenny exist in that respect. I expect to see a far better Bulgrian team when Ireland play them in Sofia in September. Star Man: Ivelin Popov.

Prediction: Wales 1st – Ireland  – Iceland  – Bulgaria, if you think these predictions are off you can try your own bets through these notable bookmakers that offer free bets. 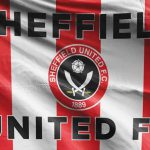