Shelbourne have confirmed the tragic news that u16 playerÂ Izzy Dezu has died after collapsing in a match last night.
The 16 year oldÂ collapsed during the second half ofÂ Shelbourne’sÂ U16 Premier Division game against St. Kevin’s Boys.
Izzy was given CPR at the scene, but was later pronounced dead after beingÂ taken to Beaumont Hospital.

“We are heartbroken to have to confirm the news that our Academy U16 player, Izzy Dezu, collapsed and died during a match last night,” an official club statement read.

“The thoughts of everyone at Shelbourne FC are with his family and friends who have been devastated by his tragic loss. May he rest in peace.”

John Delaney also spoke about the tragedy, and pledged to pay tribute to Izzy at the Republic of Ireland’s next home match.

“Everyone involved in Irish football is deeply saddened by the loss of Izzy Dezu at such a young age, particularly in these tragic circumstances,” he said.

“On behalf of the FAI Board and everyone in the Association, I would like to pass on our sincere condolences to Izzy’s family, friends, team mates and his club, Shelbourne FC.

“We will pay a special tribute to Izzy at the next Senior Menâ€™s home international at the Aviva Stadium in 2018.” 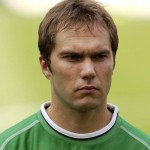