Jeff Hendrick has been slaughtered online after Burnley’s 4-0 demolition at the hands of West Brom last night.

Burnley decided to host a Twitter Q&A with the Irish international, and the summer signing from Derby took the brunt of the blame for last night’s heavy defeat.

Last chance to pitch your questions to @JeffHendrick92 for this weekend’s edition of Turf..

Burnley signed Hendrick for a club record fee (Â£10.5 million) on deadline day, and the 26 year old is perhaps an easy target after such an ineffectual team display.

Hendrick was guilty of spurning a good opportunity early in the game, and was a spectator throughout as Tony Pulis’ side stormed to a comprehensive victory.

@BurnleyOfficial #askjeff any chance of you turning up last night? 238 miles to watch you just jog round! Cheers 👀👀👏🏾👏🏾👍🏾👍🏾

@BurnleyOfficial do you think your worth 10 mill😬😬 ?? #AskJeff

@BurnleyOfficial #AskJeff When do you start playing for Burnley?

Just read an article of the top 20 things you can buy for Â£10m, not one of them was Jeff Hendrick!!!

The abuse is unlikely to faze Hendrick, as it’s become part and parcel of being a professional footballer on social media.

Last night aside, the Dubliner has produced some good performances for the Clarets, and always puts in a big shift. 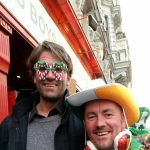