James McCarthy was stretchered off with a double leg fracture in Everton’s 1-1 draw with West Brom today.

The Republic of Ireland midfielder suffered the horrendous injury when he went in bravely on Baggies striker Salomon Rondon, who was in tears after the incident.

The injury occurred midway through the second half, and McCarthy was treated on the pitch for several minutes before leaving the pitch at Goodison with his leg in a brace.

“It’s a tib and fib fracture so he won’t be available until next season,” Sam Allardyce confirmed.

“A huge blow for him having had so many what we would say ‘niggly injuries’ which he had overcome,” said Allardyce.

“We felt we had all those covered now and he was getting fit, feeling more confident in himself and his game was beginning to come back.

“But bang, this has happened now and it’s a long period of time to recover from so it’s a great shame.”

The 27 year old has been unlucky with injuries, and will now face another lengthy spell on the sidelines.

💙 | All our thoughts are with James McCarthy this evening after it was confirmed he has suffered a double leg fracture.#GetWellSoonJames pic.twitter.com/JpEEIBrKcJ 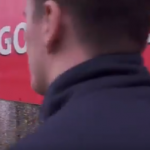