The last time Aiden McGeady played for Ireland was in the World Cup play offs, the horrible 5-1 reverse to Denmark, back in November 2017. McGeady came on as 2nd half sub but the game was up by then. It should have been Martin O’Neill’s final game in charge too but that’s another story.

Fast forward three years to November 2020 and McGeady is on loan at Charlton Athletic and not playing, he hasn’t played all season for Charlton either. The previous season McGeady was frozen out of his club Sunderland by then manager Phil Parkinson. Meanwhile, Ireland are playing miserably in the Nations League, so the idea that in a few short months time McGeady could be coming in for the World Cup qualifiers as a (cough) saviour would have been absurd, even during these absurd times. But that’s football for you.

Sunderland then got a new manager, Lee Johnson, he immediately brought back McGeady and told him he was brilliant and vital to the team and hey presto 18 games later he has 2 goals and 11 assists (including all four 4 assists in a 4-1 win against Doncaster Rovers). Sunderland are now 4th in League 1, on 60 points, Hull are top on 68 having played 3 extra games. Promotion to the Championship looks a distinct possibility again.

But will this form be good enough for Stephen Kenny to include McGeady in the upcoming qualifiers against Serbia and Luxembourg and friendly against Qatar? Probably not, based on what Kenny told ybig supporters on a fans Q & A session last week. When quizzed about McGeady’s form Kenny was tight lipped and said: “The Championship is a big drop from the Premier League and League 1 another drop again.” But Kenny did say his scout Ruaidhri Higgins would watch him and the other Irish players in both squads, play in the EFL Final. The final was played on Sunday March14th, Sunderland beat Tranmere 1-0. A player you would bet on to score is McGeady at bet-bonus-au.

In the past, a 34 year old playing well in League 1 wouldn’t really raise more than a ripple for Ireland squads, but we are in a difficult period and we have so many players out of form or injured, that ignoring McGeady’s form would be a misjudgement on Kenny’s behalf. Why?

Mcgeady has loads of experience having played 93 times for Ireland, he has played in Russia and the Premier League and with Celtic in Europe. This alone would be reason just to have him the squad just to pass on his experience to the younger players.

McGeady is one of the most skillful players Ireland have ever produced (well Scotland the place of his birth, but you get what I mean). Again this would be great for the younger players to learn from.

And finally, just maybe he rips it up in training and changes Kenny’s mind, wouldn’t it be worth the risk of throwing him on with 20 minutes to go if we needed a goal? Bear in mind we haven’t scored since the 1-1 draw with Bulgaria in September.

Under normal times going back to an underachiever that should have delivered more from his time with Ireland would be a step back, and Kenny is right to look to the future but in the short term bringing McGeady back into the fold even for these 3 games looks like a risk worth taking. When we are missing so many players and have a big injury list adding McGeady at the expense of an under 21 prospect (which let’s be honest will get another chance in future squads) is a risk worth taking.

The Ireland squad is announced next week, Mcgeady’s inclusion or omission will be one of the main sub plots. 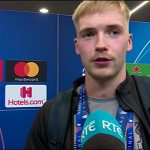 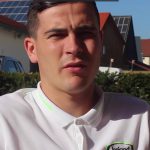