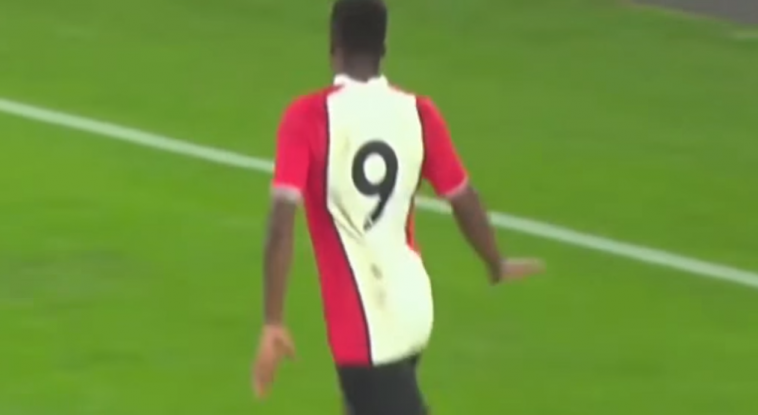 It has been quite a week for Michael Obafemi.

The 18-year-old made his second Premier League appearance on Sunday, and received his first senior international call up.

The Irish striker has been included in Marin O’Neill’s provisional 36-man for the upcoming games against Northern Ireland and Denmark.

Born in Dublin to Nigerian parents, Obafemi moved to London at a young age.

As a result, he is also eligible to play international football for England or Nigeria.

If Obafemi was to play in the match against Denmark it would give the team a slightly better chance of anÂ unlikely win according to betting sites, but more importantly the appearance in the UEFA Nations League would make him ineligible for any other country.

The talented teenager has represented – and scored for – the Boys in Green at u19 level, but has yet to feature for the u21 side.

A striker blessed with pace and power, Obafemi has starred at academy level for the Saints.

The Dublin born forward reached double figures for the Southampton u23s last year, and bagged a memorable hat-trick against Wolves in the FA Youth Cup.

Obafemi made his Premier League debut back in January, becoming the club’s second youngest debutant in the competition after Luke Shaw.

He came off the bench in a 1-1 draw with Spurs, and almost secured all three points with a volley that flashed wide of the post. Afterwards, the young forward vowed that his debut – which made him the youngest Irish player to ever appear in the Premier League – was just the beginning.

Take a look at some of his goals so far this season: pic.twitter.com/IbIbf8pyUM

He has scored four goals for the Southampton u23 team already this season, and made his second Premier League appearance on Sunday.

The underage Ireland international came off the bench for Mark Hughes’ side in the 73rd minute of the Saints’ 6-1 defeat to Manchester City at the Etihad.

Despite the difficult circumstances, Obafemi looked lively during his 17-minute cameo.
Former City manager Hughes hailed the teenage striker’s impact against City, and expressed his willingness to use the attacker as an impact substitute.

â€œIt was something I wanted to have a look at,” the Southampton boss told the club website.

“Clearly at the top end of the pitch weâ€™ve been struggling for someone to give us a spark to set us off to score more goals and create more chances.

â€œHeâ€™s got unbelievable pace. It was important that I had a look at him in the Premier League environment because he could very well be someone we can use.

â€œBringing on Michael late on in games as an impact sub could be something that will help us. I was pleased with what he did, he didnâ€™t look phased by the stage he was on so that bodes well as something we can work on.

â€œWeâ€™ll see how he progresses. Heâ€™s been playing well in the u23s and getting goals so heâ€™s deserved his chance.â€

The powerful forward also earned praise from Martin O’Neill after his first call up.

â€œHeâ€™s getting close now to first-team football, which Southampton feel â€” even in these tough times that theyâ€™re having at club level,â€ the 66-year-old said this week.
â€œThereâ€™s a willingness there. I think heâ€™s got a little bit of pace, heâ€™s strong and heâ€™s making his way in the game. He has a long way to go, of course.â€
Obafemi will be hoping for more opportunities to impress in the Premier League in the coming weeks, and will be hoping to make the final Irish squad for the upcoming matches.

His future looks bright for club and country. 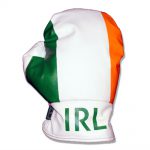