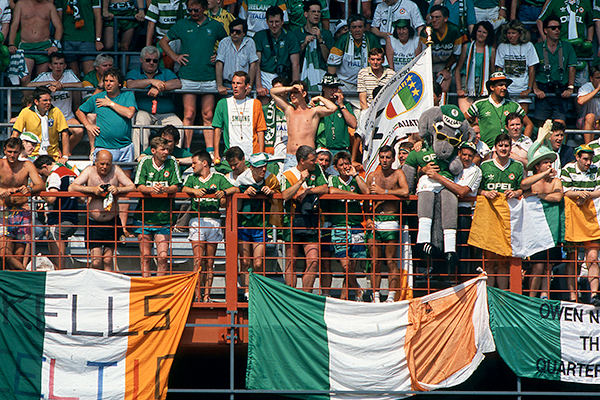 THE draw for Italia 90 inflicted untold expense on the travelling hoards of Irish supporters.

Many schemes were devised in order to cut costs. Dubliner, Sean Oâ€™Gorman, hatched his own brainchild. Fly to Naples, charter a boat in Naples and sail to the islands of Sardinia and Sicily.

Seanâ€™s idea aroused great interest in the Dublin area. All the lads were pleased with the idea but after several meetings the shocking truth unfolded, nobody could sail, seven had never been on a boat before and five couldnâ€™t swim.

It was decided to advertise for a captain. In return for his sailing expertise, all expenses would be paid. Having made extensive inquires a suitable candidate was recruited.

All was going well until a month before they were due to sail. The captain announced his defection. Contingency plans were made and a substitute was recommended by a local boat club.

The second captain hailed from Cork. He travelled to Dublin to meet the lads and was duly accepted. There was only time for one meeting at which arrangements were finalised. Sean takes up the story…

WE landed in Naples on the 7th of June and chartered a 30 foot, 10 berth yacht. A course was set for the first voyage to the port of Cagliari on the island of Sardinia.

As we looked at the map one of the lads commented: â€œJaysus, it looks fairly handy. Just sail straight down from Naples to Cagliari.â€ The captain had other ideas. â€œFuck that. If we miss Cagliari we will end up in Africa. Iâ€™m not taking any chances. Weâ€™ll head for the coastline of Sardinia, use the coast for our guidline and make our way down to Cagliari.â€

â€œSo be it,â€ said one of the lads. â€œYouâ€™re the skipper.â€ After a couple of hours at sea I went below deck to sort out the luggage. A book fell out of the captainâ€™s bag. I picked it up and almost collapsed when I read the front cover, How To Sail A Ship.

Shocked by what I had read I shouted for my brother Cathal,Â  Â  who was also on board. â€œCathal, come down here quick. â€œListen to this,â€ I read aloud. How to Sail A Ship How To Plot A Course Man Overboard Drill Signals From A Lighthouse Cathal: â€œChrist Almighty what are we going to do?â€

Sean: â€œSay nothing to the rest of the lads. There will be mutiny if they find out.â€ Our journey continued and myself and Cathal watched every move of the â€˜Skipperâ€™.

Two days later, a call went up. â€œLand ahoy.â€ Skipper: â€œThatâ€™s the coast of Sardinia.â€ Sean: â€œWhat do we do now?â€ Skipper: â€œI can see a fishing boat. Maybe someone on board will tell us where we are.â€

It was typically Irish. There we were afloat in the Tyrrhenian Sea, five non- swimmers, doubts about the captain and me screaming at a fisherman for directions to Cagliari. After several minutes of broken Italian and sign language the fisherman pointed us on our way. As darkness fell we lost sight of the coastline. The skipper was now called on to use his navigational experience.

Skipper: â€œI see an ocean liner approaching. Weâ€™ll stop it and ask them the way.â€ The liner came closer and closer. â€œFor Godâ€™s sake wave your hands.â€ Sean: â€œWave me arse. Get this boat out of the way.â€

We escaped death by inches as the ocean liner cruised past. Skipper: Thatâ€™s the â€˜Achille lauraâ€™, the ship with all the Irish supporters. If we follow it itâ€™ll bring us to Cagliari.â€ Sean: â€œFollow it. Sure the bleedin thing is out of sight already.â€

Having been sailing for almost three days we eventually reached the port of Cagliari, only to face the most harrowing experience of our lives. A storm, which had already caused havoc with Hydrofoils and Catamarans, was now raging around us.

The boat was tossed about with ridiculous ease, at times com- pletely submerged in water. Resigning ourselves to certain death, we went below deck and covered our heads.

It seemed like an eternity before the ship steadied itself. The Gods had steered us through. We reached Caglialri, put the ship in dock and headed off to see Ireland draw 1-1 with England.

Our next port of call was Palermo Sicily for the Egypt and Holland games. This was another navigational disaster. We missed the harbour by about 20 miles and crashed into a wall. After several more attempts we eventually anchored the ship in Palermo.

The skipper reminded us of an earlier agreement we had made. â€œDonâ€™t forget lads, Iâ€™ll be leaving yese tomorrow. Yeseâ€™ll have to bring the boat back to Naples yourselves.â€ The news was greeted with a sigh of relief.

I willingly helped out with his taxi fare to the airport. After a marvellous week in Sicily, we took the boat back to Naples. Mine was the only sailing experience, a canoe race in Dun Laoghaire Harbour in 1979.

By a stroke of luck, or sheer common sense, we sailed into Naples with pinpoint accuracy. We were to find out later that our skipper was on the radio back in Ireland, telling everyone how he had â€˜guidedâ€™ nine â€˜inexperiencedâ€™ sailors around the islands of Italy. For sean and the lads, a maiden voyage not to be forgotten. 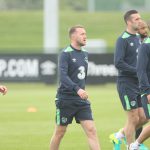