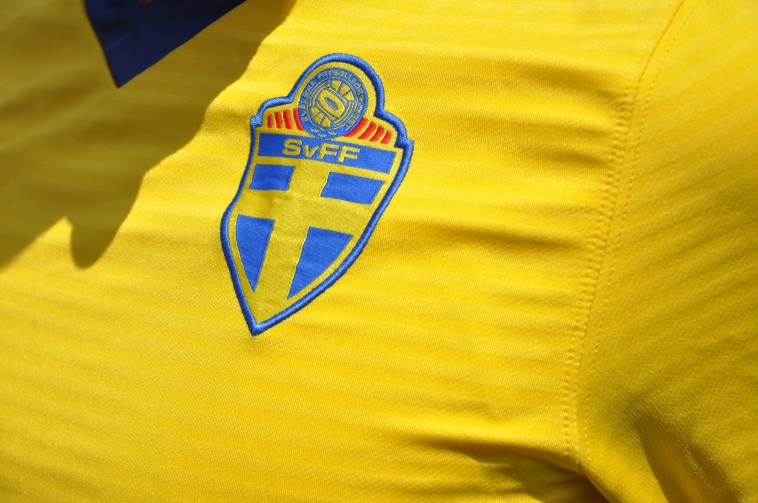 EURO 2016 is just around the corner. Squads are being finalized and two of Irelandâ€™s rivals, Sweden and Belgium have both selected their official 23-man squads for next monthâ€™s Championships. Martin Oâ€™Neill today chose a 35-man provisional squad for Irelandâ€™s two upcoming friendly games against Holland and Belarus. Ireland fans will be eagerly awaiting for the squad to be trimmed to that all important number of 23 before our opening clash against Sweden on June 13th.

With the lack of a confirmed Ireland squad, I have decided to take an in-depth look at some of the most important Swedish players.

While the Sweden squad of course contains the talented Zlatan IbrahimoviÄ‡ and some players that Premier League fans will be acquainted with like Seb Larson and Martin Olsson. There are a host of players plying their trade in not so well known European leagues that Iâ€™m sure the average Irish fans wonâ€™t be too familiar with. With this in mind, Iâ€™ll start with these players.

With 128 appearances for his country, Isaksson is Swedenâ€™s first choice goal-keeper and Vice-Captain, making him one of the most influential men in the dressing room. Having played 19 times for Manchester City back in the Mark Hughes days he currently plays for Kasimpassa in the Turkish Super League.

Isaksson has found appearances, and importantly clean sheets hard to come by. Having played just 13 times this season for a team who finished eighth in a league that lacks in quality outside of the traditional powerhouses of Bestikas, Fenerbache and Galatarsey, the Swedish goal keeper is a weakness that Ireland need to target. Kasimpassa have kept just two clean sheets with the Swede between the sticks. At International level, Isaksson played 12 times throughout the qualifiers and conceded 12 goals.

He hasnâ€™t appeared for his club side since making a disastrous error in a 4-1 defeat against Bursaspor back in March. You can view the howler of Paul Robinson level here:

Hopefully Shane Long and Jon Walters have seen the above clip.

With a lack of regular playing time, thereâ€™s a chance that the Swedish â€˜keeper will be rusty by the time June 13th comes around.

The goalkeeper position is one of doubt for the Swedes, Isaksson has had a successful career, but at 34, this will probably be his final international tournament and his performances have undoubtedly diminished in quality of late. Swedenâ€™s other goalkeeping options include Patrik Garlgren of AIK and Roben Olsen of Copenhagen. 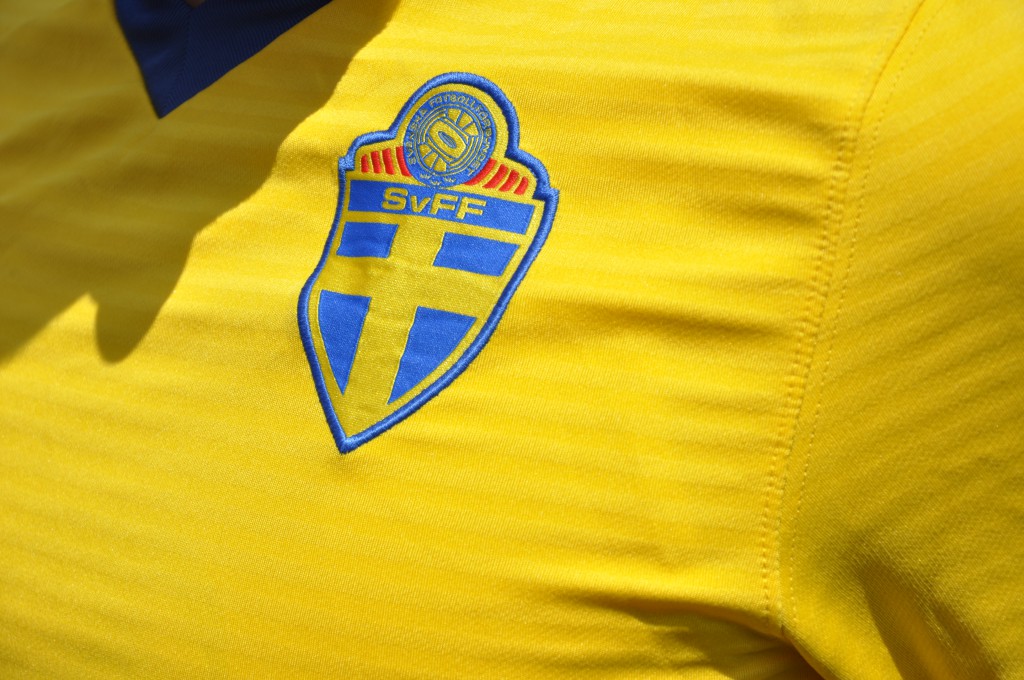 A tricky winger that most Irish fans will know little about, Durmaz moved to Greek Champions Olympiacos in 2014 and has since scored nine goals in 42 appearances.

Durmaz has been a prominent figure at club and international level of late. He has appeared in 21 league games out of 30 for Olympiacos, where he scored seven goals, he notched three goals in four appearances in the Greek Cup and also played twice in the Europa League.

Pacey strong and skilful, Durmaz will most likely appear on the left wing where he has been most prominent for his country and will need to be cautiously martialled by Seamus Coleman. Durmaz appeared eight times throughout the Euro 2016 qualifiers and scored once against Liechtenstein in a 2-0 victory. He has a total of 30 appearances for Sweden and has scored twice.

Also worth noting that he bears a resemblance to French Rugby player Sebastien Chabal.

A 24 year old winger who can also play on the left wing, but is often deployed on the right Forsberg is one of the best players in the German 2. Bundesliga. The German second division is probably equal to the level of the English Championship, so this man can certainly pose a threat to the â€˜Boys in Greenâ€™ Euro aspirations. Leipzig finished second in the 2.Bundesliga and Forsberg can certainly make an impact in the Bundesliga next season.

Forsberg has appeared 30 times this season for his club and has scored eight times. He importantly scored the opening goal for his country against Denmark in the first playoff leg back in November of last year. Heâ€™s only played 15 times for Sweden, but the fact that he was selected for the play-off by head coach Erik Hamren suggests that he could very likely make an appearance against Ireland. Heâ€™s had a recent rise to prominence for his country, playing eight games out of 12 during the qualifying campaign.

A dangerous player on his day, and quite similar Durmaz, Forsberg will be a tricky customer for the Irish defence.

Formerly of Juventus, Ekdal is a very technical player who currently plays for Hamburger SV in the Bundesliga.

Luckily for Ireland, Ekdal is currently out injured but was named in Swedenâ€™s 23-man squad by Hamren. He faces a race against the clock to prove his fitness for the final tournament. Ekdal suffered a freak injury while out at a nightclub last weekend where he fell celebrating Hamburgâ€™s escape from relegation with his teammates. Iâ€™m sure heâ€™s not the most popular figure in the Sweden team at the moment, after playing eight times in qualifying it would be a shame for an influential player to miss out on a major tournament due to an off the field accident.

One of Swedenâ€™s most important players, Granqvist has 50 international caps and played 11 times in the qualifiers. While he appeared in the Russian League a total of 27 times. His club side Krasnodar finished fourth overall.

The defender who measures 6ft3, is very effective at defending long balls, and Ireland will need to play a more expansive game which doesnâ€™t involve just bypassing the midfield and aiming for Jon Walters head. Heâ€™s also quite technical for a centre-back and can distribute the ball quite ably for the full-backs and midfielders.

Granqvist will be set to start against Ireland, and the cool-headed 33 year old is seen as a very important member of this Swedish team.

Needing no introduction, Zlatan is Swedenâ€™s only world class player and could very well be the difference between Ireland and Sweden.

In 48 club appearances this season, Zlatan has 46 goals and 16 assists. Essentially he contributes to a goal per game and even the most optimistic of Irish fans would have to feel that we will need to score at least twice to emerge victorious against the Swedes as Ibra, is very likely to either score or create a goal.

The 6ft5 striker won the French league with PSG and has enjoyed a successful international season too. Zlatan scored 11 goals in 10 appearances for Sweden, and overall has 62 goals in 112 international appearances. Whoever starts in defence for Ireland on the 13th will need to be extra vigilant, the midfield will need to cut off the supply and perhaps an extra mid-fielder should be ordered to man-mark IbrahimoviÄ‡.

Thereâ€™s a slim possibility that injury will keep Zlatan out of the Euroâ€™s. He came off injured against Bordeaux this week, although this has been described as â€˜a knockâ€™ so he is likely to lead the line against Ireland.

On the whole Ireland are probably man for man a better team than Sweden. But when a side contains a dangerously talented individual like IbrahimoviÄ‡ anything can happen. As highlighted above, many of Swedenâ€™s players ply their trade at lower league teams very much like our own. The Swedeâ€™s are certainly beatable and have actually left out two experienced players from their squad, Oscar Wendt of Borussia MÃ¶nchengladbach has been omitted despite having a very good season, while West Bromâ€™s Jonas Olsson failed to make the squad. Hopefully the above list gives Irish fans a better knowledge about some of Swedenâ€™s players, I didnâ€™t include the likes of Celticâ€™s Mikael Lustig or Norwichâ€™s Martin Olsson as we can watch them every week. 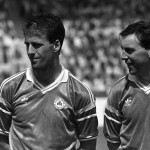