Robbie Brady started a game for the first time in three months, six weeks after his last appearance for Burnley
Seamus Coleman scored his 20th goal in the Premier League, taking him ahead of Stephen Ireland in the all time list of Irish goalscorers in the competition

Mark Travers’ start was his first appearance for Bournemouth
This, combined with Michael Obafemi’s appearances this season for Southampton, means 2018/19 is the first season since 2015/16 where two, or more, Irish players under the age of 20 appeared in the Premier League

Eoin Doyle made his 100th appearance in League One

Kieran Sadlier’s strike was his first goal in five weeks

Robert Kiernan was booked for the first time this season

Jay O’Shea made his 50th appearance of the season

Sam Foley made his fifth assist of the season

Conor Henderson started a game for the first time since Friday, 8th March

Glenn Whelan made his 25th start of the season

Anthony Pilkington was named in a starting XI for the first time since Saturday, 23rd February

Sean McDermott made his 25th start of the season 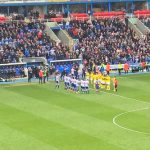 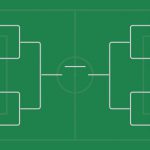