James McClean was booked for the tenth time this season

Paul McShane was sent off for the first time for Reading, six years after his last red card in April 2011

Darren O’Dea scored his fifth goal of the season

Jake Mulraney made his 25th appearance in the SPL

Cillian Sheridan scored his 15th goal of the season 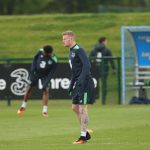 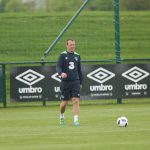