Niall Canavan was booked for the first time this season

Queen of the South 1-0 Greenock Morton

Danny Rogers made his 100th appearance in the Scottish Championship

Keiren Westwood made his 300th appearance in the Championship

After playing in a friendly last week, Ryan Nolan made his senior club football debut as a substitute 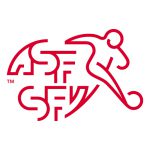