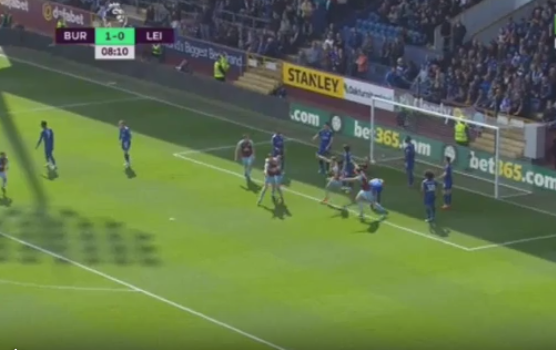 Burnley took another step towards Europa League qualification yesterday with a 2-1 victory over Leicester.

Sean Dyche’s team raced into a 2-0 lead in the first 10 minutes at Turf Moor.

New Zealand striker Chris Wood put the Clarets ahead after a clever pass by Ashley Barnes, before Republic of Ireland international Kevin Long doubled the home side’s lead with a powerful header from a corner in just the ninth minute.

Long, 27, joined the Clarets from Cork City in 2010, but has had to wait until now to open his Burnley account.

His bullet header makes him the eighth Irish player to score in the English top flight this season.