Ireland begin the UEFA Nations League campaign as outsiders in Group 4 of League B. However, a win in the opening game in Wales, just like we did last year is not an unrealistic prospect and could switch the momentum in our favour.

We have been priced at 12/5 to win the group behind favourites Denmark at 6/5 and Wales at 15/8 as per football betting at William Hill. That wonâ€™t bother Martin Oâ€™Neill as he sets about plotting a course to Euro 2020, and if thatâ€™s through the back door of the Nations League, no fan will complain.

The trip to Cardiff could provide the perfect opportunity for the Boys in Green to lay down a marker as contenders. In the last 11 meetings with Wales, we have lost just once, a 0-1 home defeat at the Royal Society Showground back in 1992. Of the other 10 meetings since 1990, Ireland won six and four were drawn. Prior to 1990, Wales won all four of their encounters, the first of which came at Dalymount Park, Dublin in 1960. 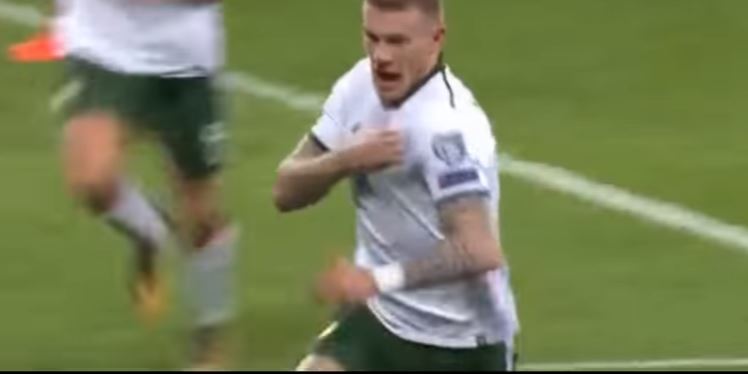 Those numbers make pleasant reading for the fans who will be making the short trip across the water for this clash. Our one and only defeat on Welsh soil came way back in 1979 at the old Vetch Field Stadium in Swansea. It was watched by just 6,000 spectators.

Wales are still adapting to life under new boss Ryan Giggs and he could prove to be an excellent manager, but itâ€™s a big unknown and itâ€™s more likely heâ€™ll have a tougher start then to hit the ground running. They began their new era with a 6-0 win over China in March before losing 1-0 to Uruguay and drawing 0-0 with Mexico.

That said we are not exactly in stellar form ourselves beating the USA recently where we came from a goal down to win 2-1 thanks to goals from Graham Burke and Alan Judge. Prior to that, we had lost three times to Denmark, Turkey and France.

With aÂ limited choice of top-quality personnel at Oâ€™Neillâ€™s disposal, there is unlikely to be any major changes in the way that Ireland play, which is why so many fans are finding it hard to get motivated for the Nations League. Win in Cardiff and suddenly that will all change.