Known for his scything tackles as his scathing words, Roy Keane has never been one to shy away from a challenge, whether on the pitch or off it.

A trophy-laden 12-year spell with Manchester United was littered with several verbal and physical confrontations with opponents, teammates, and even his coach. A disagreement with the latter saw him denied the chance to retire at his favourite club, and he soon packed his bags for Celtic FC before finally retiring in 2006.

Today, Roy Keane is a pundit with Sky Sports, often delivering professional insights with his unique blend of sarcasm and abrasiveness. Without further ado, let’s look at three of his most controversial statements.

“No Matter how Many People Tell me I Deserve That Champions League Medal, I know I Don’t.”

In 1999, Manchester United’s treble-winning year, Roy Keane and his teammates faced off against a Juventus team packed with global talents like Del Piero, Pippo Inzaghi, Edgar Davids, and Didier Deschamps. The Old Lady’s line-up was headlined by Frenchman Zinedine Zidane, one of the greatest players of all time.

After a hard-fought first-leg, 1-1 draw at Old Trafford, Roy Keane’s inspirational leadership and tough tackling came to the fore as Manchester United famously fought back to win the game 3-2 eventually.

His exceptional performance that night saw him silence the great Zinedine Zidane and score the first of his team’s three goals. However, it came at a cost, as a 33nd-minute yellow card ensured he’d be suspended for the final.

In typical divergent Roy Keane fashion, he later discredited himself for having truly earned the winning medal. Well, his self-criticizing statement was ironic given that his excellent performance in the semi-final ensured his team’s spot in the champions league final.

“Paul Pogba is a Big Problem.”

Roy Keane’s attacks on French superstar midfielders didn’t stop with his 1999 cameo against Zinedine Zidane and the rest of his star-studded team.

Paul Pogba also faced the ire of the blunt Irishman’s punditry on several occasions, culminating in an outburst in April 2019. Roy Keane gave a scathing review of the underperforming Manchester United team, whose run of bad results had earlier culminated in the sacking of Jose Mourinho, the team’s coach at that time.

Roy Keane spared no words in his damning review of players’ attitude, singling out Paul Pogba for his poor performances and body language on the pitch, branding him a “big problem” to the team. Roy Keane’s voice was far from the only criticism of the World Cup-winning Frenchman this time, as several other former Manchester United players mirrored his sentiments.

In his playing days, Roy Keane’s aggressive approach to games mirrored the mustering of soldiers for battle. In fact, he had a reputation for it! With such intense physicality on display, it was only a matter of time before someone would get seriously hurt.

In April 2001, Alfie Haaland, father of future footballing prodigy Erling Haaland, faced off against an unapologetic and clearly irked Roy Keane. It was a nasty tackle and Haaland was out injured with a knee injury. He had to retire some years later but it was the other knee that caused the retirement not the one Keane injured. In his autobiography written many years later, Roy Keane showed no signs of remorse, implying that the act was premeditated.

Apparently, many in the footballing circle perceive Roy Keane as a divisive figure, with his passion for the sport rivalling even the most ardent fans and sports bettors.

Of course, football enthusiasm and betting often go hand in hand. As such, if you have a penchant for risk-taking, you can check out various relevant platforms or read the Dino Odyssey review to educate yourself and try your luck. 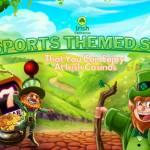 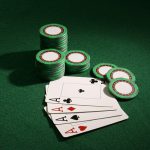