At Minister Shane Rossâ€™s â€˜stakeholder forumâ€™ on Friday in the Mansion House Niall Quinn revealed his plans for the future of Irish football.  bonusbets.com takes a look at this.

Some six months ago, Niall Quinn stated that he would like to bring a fresh perspective to the game. He wants to bring new sources of funding to the sport as well as update the organisation of the club game.

However, the problems that have plagued the FAI in the recent months have caused him to delay any announcements. He was at one stage only days away from revealing his plans to the media, however crucial times at the FAI delayed him from being able to reveal all.

Quinn, who previously played for both Arsenal and the Irish National side, attended the forum along with a couple of his key backers, Roy Barrett chief executive of Goodbody and former Galway United defender, Kieran Foley, who is now involved in the promotion of the sport in the US. Quinn felt that the forum was the right place for him to finally unveil some of his proposals for the sport.

â€œIâ€™m happy to disclose information to the Minister and the other stakeholders on Friday,â€ Quinn said last week â€œThe group are excited. The group is really happy that we have submitted what we think is a worthwhile proposal and a set of ideas to the governance review group. Weâ€™re looking forward to discussing those ideas with the Minister and the other stakeholders at the forum on Friday, where other ideas will be floated too. So weâ€™re looking forward to the feedback on that and seeing where itâ€™s all heading and if the governance review group are going to deliver the opportunity for meaningful change.â€


Quinn feels that things had calmed down from earlier in the year when it was felt that John Delaney would ignore anything he said, as he would have only perceived it as a threat to his position at the FAI.

The turmoil in the FAI means that it is still not certain who will be in key positions within the organisation going forward though it has been indicated that several members will be running again for their current positions when the elections are held in July.

Noel Mooney is indicated to be likely to stay in his position for longer than the six months that he was initially appointed for. Though this was against the support of the Minister who stated that the appointment of Mooney was a step backwards and feels that the whole FAI board are â€œbacksliding.â€

Quinn and co have been encouraged though, as the Minister has reiterated that the country as a whole benefits from the importance of football. â€œThe nation cares about soccer. We are proud of Irish footballers, their gallant performances, often winning in the face of overwhelming odds. We have seen travelling fans â€“ proud to be Irish â€“ behaving with dignity and good humour at matches overseas. They have been priceless ambassadors for our country. Soccer has lifted the nation.â€

Quinnâ€™s plans though have not been with much enthusiasm, as the review from the Extra Time website shows 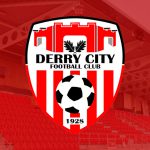