No pressure then Stephen. You have been tasked with improving the style of Irish football, bringing through the next generation, implementing a footballing philosophy across the youth systems so these players can seamlessly come into the National team. Oh and don’t forget you’ll need to qualify for the odd tournament while you’re at it.

That was the brief before Kenny was to take charge of the team after Mick McCarthy’s reign which will end in the Nations League play offs or the Euro Finals. You can follow the events of the 2020 playoffs on Irishluck.

But now that John Delaney has finally been revealed for the fraud we fans always thought he was and the truth of how he has destroyed Irish football has come out the FAI are on the verge of bankruptcy with debts of 80million and counting, that just made the brief for Kenny (which was tough enough) a whole lot more difficult. Put simply, how successful Kenny is as a manager could be the main reason that saves Irish football from total ruin.

The one thing that generates revenue fastest is success, success can be defined into three categories. 1) qualifying for major tournaments 2) style of football. 3) a connection with the players, manager and public.

All three categories working together and Kenny staying on as manager for at least six or more years will see a huge jump in revenues (assuming that those in the NEW FAI can manage it properly) and that really is the only way out of this mountain of debt that faces Irish football.

If we look at the job Kenny has done for the under 21s and also the crop of talented young players coming through like Troy Parrot, Gavin Kilkenny and Aaron Connolly it doesn’t look so bleak. The foundations of the current team, basically a very good defence can be improved on.

And when you look at Kenny’s Dundalk team that played superbly in Europe against clubs with massive budgets, his team could compete and win with far weaker players. With the Ireland team that formula, added to our defence with a sprinkinkling of talented youth players and it might just work you know. 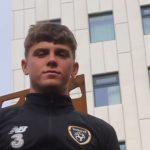