For a striker who was considered to be one of the hottest strikers in Irish football, the last two seasons have been frustrating for Troy Parrott. Having made senior debuts at club and international level in 2019, the bright future that had been widely predicted seemed almost guaranteed.

Two years on, the forward has been subject to two loan spells that have produced poor returns. While a stable environment could yet bring dividends, there is that concern over Parrott not being able to produce in the lower leagues.

Things had looked very positive in the early stages of Parrott’s current loan deal with MK Dons. The striker scored twice in his first three games with the League One club and his supporters were finally looking forward to a productive season.

It hasn’t quite worked out since that fast start and, in 12 subsequent matches, he’s found the net just once. There are some mitigating circumstances with international call ups and their subsequent protocols halting the flow. Parrott is now a regular on the subs’ bench and that’s clearly not helping his progress.

Without Troy Parrott as a regular in the starting lineup, MK Dons have been solid and that could be a barrier to his return. After 21 matches of the 2021/22 League One season, the side were just two points off the promotion playoff slots with a game in hand over the teams immediately above them.

That puts Liam Manning’s men in a strong position for a promotion push and they could be a popular outside bet to climb up into the Championship at the end of this season. Online betting sites, as sourced by sbo.net, list the teams at the top as favourites to be promoted. Rotherham, Sunderland, Wigan Athletic, Plymouth Argyle, Oxford United and Wycombe Wanderers are at the top.

MK Dons are some way behind but they are one of the form teams in this division and are attracting lots of interest. With plenty of games still to be played, MK Dons could be worth watching in that promotion market but their chances of success would certainly be enhanced if Troy Parrott can find his scoring touch.

What Next for Spurs and Troy Parrott?

Two years after making his debut for the club, it may be the case that parent club Tottenham Hotspur have moved on from Troy Parrott. There may not be a surfeit of strikers at the new White Hart Lane but, when Spurs choose not to field Harry Kane, Dane Scarlett has taken on the role of his deputy.

At 17, Scarlett is even younger than his teammate and may now be seen as the future of the club. Having seen their Irish international forward fail to make an impression in the lower divisions, Tottenham will shortly have an important decision to make.

Whoever tagged Troy Parrott as the ‘next Robbie Keane’ wasn’t doing the youngster any favours. He still has lots of time to develop but many are now comparing his progression and noting how far Keane had gone at the same age.

The failure to impress in the lower leagues of English football may be seen as a warning sign but it’s not a reason to write Parrott off. Until he’s experienced an extended run in a top tier side, we should continue to reserve judgement.

With that in mind, Spurs have an option to loan Parrott out to another Premier League side. Time is on his side but the striker needs a true test before we can really judge him. 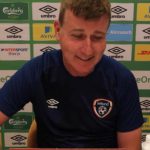 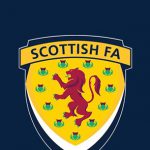