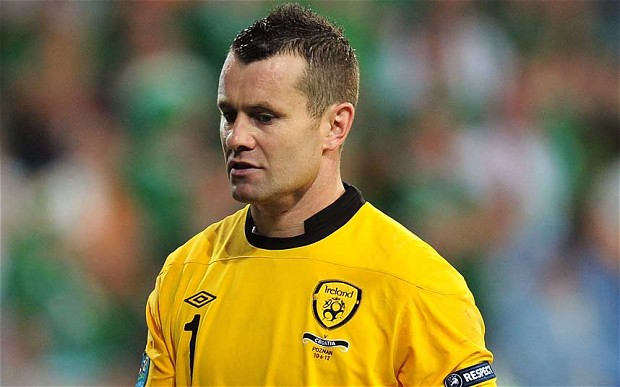 Shay Given is training with Macclesfield as he continues to search for a new club.

The 41 year old goalkeeper was released by Stoke City earlier this summer after making just five Premier League appearances last season, and is training with the English non-league club while he decides his next move.

He served as back up to Jack Butland and Lee Grant over the past two seasons, and made just 11 appearances for the Potters in two years at the club.

According to Donegal Sport Hub, the former Irish internationalÂ is at the club to maintain his fitness and to undertake coaching, though the veteran shot stopper is hopeful of earning a playing deal.Â Free agentsÂ Alex Bruce and Wes Brown are also training with the Silkmen in an informal arrangement.

“It says a lot about the football club that they came in to training one day, and then came in the next and the next,” manager John Askey said at the Macclesfield’s kit launch.

“I’d like to play another season if the offer was there,” he told host Alan Brazil. “If it’s not, I’ll have to call it a day.”

Donegal nativeÂ Given won 134 senior international caps with Ireland, and appeared at three major tournaments with the boys in green.

He was also named as the FAI Senior International Player of the Year two years on the bounce in 2005 and 2006.