Shane Supple has been called up to the Republic of Ireland squad.

Martin O’Neill has included theÂ Bohemians goalkeeper in the squad to face France and the USA in international friendlies next week.

The 31 year old will provide competition for Colin Doyle and Conor O’Malley for the upcoming friendlies, with Darren Randolph, Rob Elliot, and Keiren Westwood ruled out through injury.

The Republic of Ireland manager was reportedly impressed with Supple’s performance against Dundalk in the SSE Airtricity League on Friday night.

“I have to say that the other night I thought that young Supple looks imposing as goalkeeper,” O’Neill said, as per Independent.ie.

“He looked half-decent. We’ve got the two keepers at this minute and a couple who are injured.

“So I’ll have a think. But please, don’t get carried away. I might have Buffon ready for it.”

Supple previously played under Roy Keane at Ipswich Town, but grew disillusioned with professional football, and decided to quit and come home to Ireland at the age of just 22.

After failing to oust Stephen Cluxton as Dublin’s number one, he joined Crumlin United as an amateurÂ in 2015, before signing for Bohs a year later.

Shamrock Rovers star Graham Burke – who came off the bench against Celtic yesterday – has also been included in the squad. 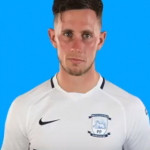