Brighton may have ended the Premier League season with a 4-0 defeat at Anfield, but Chris Hughton’s side have enjoyed an exceptional season.

The Seagulls finished 14th in the English top flight after winning promotion last season, and Shane Duffy played a key role in their survival.

The towering defender enjoyed the finest individual season of any Republic of Ireland international in the Premier League, and has formed an excellent partnership with Lewis Dunk at the heart of the Brighton defence.

The former Everton centre half made 59 blocks in the Premier League – one more than his partner Dunk – and more than any other player in the division.

Duffy also made a colossal 327 clearances for Brighton, over 50 more than the next player on the list.

The Irish international also made over 85 more headed clearances (237 in total) than any other defender in the league.

Duffy has developed into one of Martin O’Neill’s key players since Euro 2016, and at 26, is just entering his prime.

Itâ€™s great at kicking in the stand 😁 https://t.co/APcnWiFPIJ 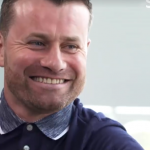