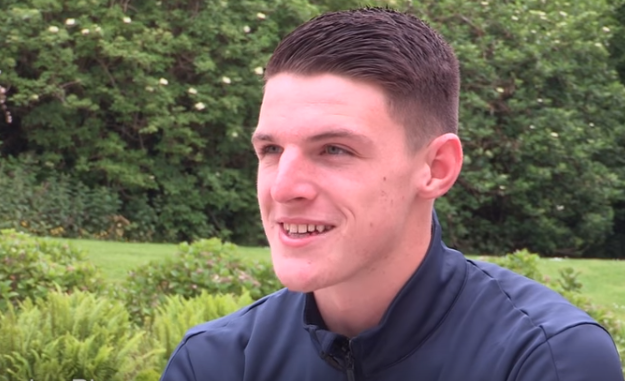 Declan Rice has earned plenty of praise for his performance against Southampton last night.

The 19-year-oldÂ produced another eye-catching display in the heart of the West Ham midfield as the Hammers beat the Saints 2-1 at St.Â Mary’s.

Southampton took the lead through a scrappy Nathan Redmond goal, but Manuel Pellegrini’s visitors made it five wins from six in December after Felipe Andersen’s second half brace.

Rice was hugely impressive throughout, and finished the game with a pass accuracy of 92% from 38 passes.

The versatile teenager also completed all three of his dribbles, recovered the ball on 11 occasions, won two tackles, and played one key pass for the Hammers.

“He reminds me of John Stones, when he was Everton,” he said on beIN Sports.

“I think Rice is a better player, at that age,” Rush said on beIN Sports.

“Whether [he plays for] England or Ireland, it’s up to him to decide. He’s come on a lot. For me, he’s a centre-back. He can play the holding midfield role as well. To be at his best, for me he’s a ball-playing centre-half.”

“Ireland, what they’ve achieved the last two years, it’s not been great. He’d walk into the Ireland team. Maybe he wouldn’t walk into the England team.”

Rush wasn’t the only one who was impressed with Rice’s assured display, with players, pundits, and fans taking to social media to heap praise on the 19-year-old.

At 19 @_DeclanRice is easily up there in the top 3 young players in the Premier League. A monumental player for West Ham and if he keeps on going the way he is, one destined for the very top.

Declan Rice is so classy on the pitch. Whether your happy with him taking his time on who he alliances with or not, it has to be said it would be huge for us on the pitch if he declares. #COYBIG #DECLANRICE #SOUWHU

Pellegrini was also quick to praise his young midfielder after the game.

“I see Declan work every day and it is difficult for me to be surprised with him now,” the Chilean said.

“He always wants to learn more, he didn’t have any problems, he was just focusing on playing.

Then the media started about his contract and his money but he never had any problem in that sense, he was always working hard and he is just 19 years old, he has got such a bright future ahead of him.” 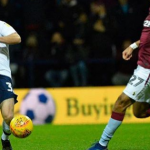