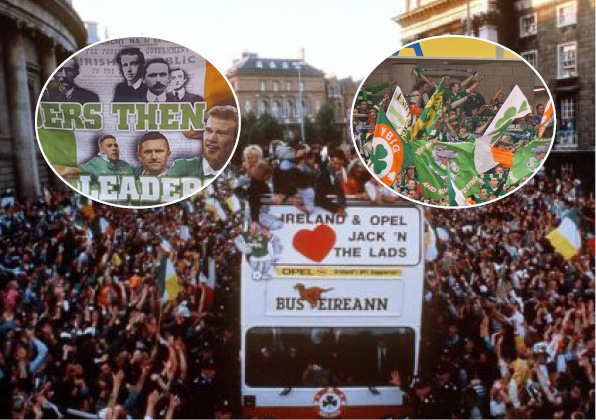 Jack Charlton is known to tell the tale about the pilot looping around Oâ€™Connell Street to give our 1990 World Cup heroes a look at the scenes below. It was an amazing episode.

Even more amazing is that every single person alive in Ireland at the time was there in the centre of Dublin to welcome home Jackâ€™s heroes following our quarter-final defeat to Italy in the World Cup. So they claimed anyway.

What is very much certain is that the vast majority of people with an Irish passport were celebrating wildly on that day â€“ be it at the Walkinstown roundabout (see below) or in with the team as they cruised through a thronged city centre on an open top bus.

Of all the profound an endearing memories we have as Ireland fans, that homecoming is one that captivated the entire country. Life Style Sports recently conducted a survey of 350 Irish fans as part of their Ultimate Football Fan experience campaign ahead of Euro 2016 with the homecoming in 1990 voted as our greatest supportersâ€™ moment.

Other results from the survey are intriguing. Would you miss your own wedding day to go to France? Twenty eight per cent said they would. And what about all those flags that have been doing the rounds on social media?

Lifestyleâ€™s survey ranked flags from tournaments past as well as those that will make an appearance in France with the famous â€˜Angela Merkel thinks we are at workâ€™ effort from Poland in 2012 claiming top spot.

Other results that stand out are: 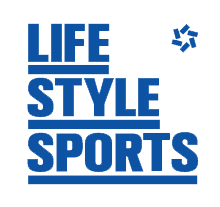 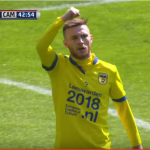 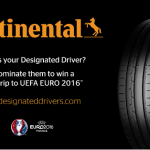