So familiar is John Caulfield with that phrase that he could easily reprise the lead role in 27 Dresses.

After all, last year marked the third successive campaign that his Cork City side finished league runners-up, the Leesiders having given way to Stephen Kennyâ€™s Dundalk on each occasion.

Their blistering start to this season suggests a keenness to top the podium next time around, however, nine victories from nine providing clarity of message.

In truth, the writing was appearing on the wall before the last campaign had even ended.

It was Sean Maguire who penned the closing chapter, that cup final winner punctuating if not puncturing his former sideâ€™s storybook season.

By all accounts, the man omitted from Dundalkâ€™s matchday squad for 2015â€™s corresponding fixture had set the record straight. Neither he nor his new crew have looked back since.

A victory away at Dalymount, coupled with Dundalkâ€™s hiccup at home to Bray, made Corkâ€™s Good Friday a great one, the 2-0 scoreline setting a new club record for wins on the spin.

And while Bohemiansâ€™ century-old league benchmark of 15-not-out has begun to creep onto the horizon, Caulfield, for one, is averting his gaze elsewhere.

â€œI was lucky as a player to win a few trophies but there were trophies that were left behind because the team wasnâ€™t totally focused,â€ says the former City striker.

â€œSometimes you can get carried away, believing you are better than you are, or that points are in the bag before they actually are.

â€œI donâ€™t want to sound flippant but I never thought about breaking records. The only record I want is to win the league. Those records wonâ€™t mean anything â€” the one you want is the medal at the end of the season.

â€œI sense the team this year, thereâ€™s that within them. Thereâ€™s great determination. Time will tell but itâ€™s important for management to keep everyone grounded. Thatâ€™s what weâ€™re trying to get everyone to do.â€

Few outside our own townlines would begrudge them a championship, either.

Indeed, much like Dundalk, that theyâ€™ve managed to reverse their fortunes so pointedly off the pitch is as impressive as their performances on it.

Just seven years have passed since a series of financial and managerial issues saw Cork enter a period of examinership. While the clubâ€™s holding company was wound up by the courts, fans were awarded a licence under the name â€˜Cork City FORAS Co-opâ€™, entering a team in the 2010 First Division.

They subsequently re-acquired rights to the suffix â€˜Football Clubâ€™, and were promoted back to the Premier Division two years later.

Upon those unlikely foundations Cork have set out their stall, 2017 earmarked as the year that they swap silver for gold. 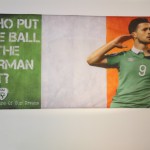