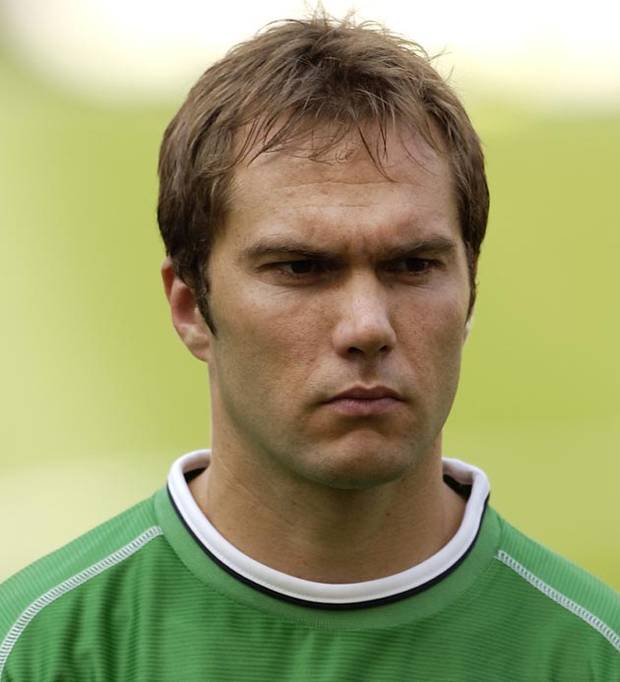 YBIG: Whatâ€™s your fondest memory in an Ireland jersey?
JASON: Probably captaining the side against Finland, that was probably my proudest moment, and obviously like playing in the 94 World Cup, hearing the National Anthem, and in Japan as well, they were special. And obviously the Holland goal. I think the top moment was just walking the lads out really.

YBIG: Worst moment on the pitch?
JASON: You would be looking at the Turkey game in the play-off. (Just as Jason answered, I uttered the word Macedonia!!.)
I forgot about that when I got sent off, thanks for reminding me! Although I did win the ball fair and square! That wasnâ€™t one of my favourite moments and eh, I put my foot through the door after that, that hurt a bit. But it was probably the Turkey play-off game.

YBIG: Best atmosphere?
JASON: Awe the Holland game (without a momentâ€™s hesitation). Without a shadow of a doubt. It was a pretty good atmosphere when we went to Iran but that wasnâ€™t for us, all the stands chanting at each other, that was pretty good. But the Holland at home was special.

YBIG: Role model when you were a kid.
JASON: Dalglish. I went to watch Liverpool and Man City and I was right by the touchline, he seemed to be on my side all the time.

YBIG: Which family member played the biggest role in your development as a footballer?
JASON: My mam and my dad, we were from a boxing family so me dad had these values like never giving up, we had that fighting attitude and stuff. He thought me to always fight to win and always give a 100 percent, always give your best and you will never be questioned after that.

YBIG: Funny moments with Ireland?
JASON: Loads I canâ€™t tell you about. Oh ye when weâ€™ve come out against Brazil to warm up. My first game after being out for a year and a half through injury. Iâ€™ve come out on the pitch to warm up and everything, and as Iâ€™ve come out running towards the stand opposite and all the fans started clapping and cheering.
And Iâ€™ve stood there giving it all that (clapping hands etc) and when I turned around Brazil had just run out behind me, they were all cheering for Brazil players.

YBIG: Who was the joker in the pack.
JASON: Gary Kelly. Myself and Kells probably used to get up to no good.

YBIG: And Phil Babb?
JASON: Not so much Babb, he was a bit more serious.

YBIG: FA Cup suit (96), Where is it now?
JASON: That was taken off me by Helen Chamberlain of Soccer AM, but they have actually called off the wedding. But em. she asked me for the suit for her fiance cause he was going to get married in it but the wedding had been postponed now

YBIG: Where is it now?
JASON: Probably in his wardrobe still. He must be a nice athletic lad!

YBIG: You have already mentioned the Holland game, it must have been an unbelievable feeling to score that winning goal?
JASON: One of them occasions really, I was in the right place at the right time. You know I always say, it wasnâ€™t just down to that goal, we had to stop Holland scoring and you need 11 players to do that.
As much as I get credit for that game and stuff. I think Kells, you know Overmars was a big threat that day and I know Gary got sent off but he did really well against him so he deserves credit for that.

YBIG: This is a little true or false bit Jason. If true please explain what happened. When you were filling out an application for a credit card, you put in right back as your position within the com- pany.
JASON: Ye, wing back it was. Itâ€™s a true story. I was filling in a visa card and, eh, and I was asked for my name, address and all that kind of stuff and it said what position do you hold in the company and I said wing back! I got me gold card so it was alright.

YBIG: You were at a sports awards and a famous snooker player walked past. You stood up and shouted â€˜180â€™ at him.
JASON: It was actually in Lillies Bordello that, after the Holland game, the away game. We all went in in our trackies. We were all sitting around. All of a sudden Jimmy White walks past and Iâ€™ve shouted â€˜Jimmy, I was up like that (cue the actions) ONE HUNDRED AND EIGHTYâ€™. I got a lot of stick over that.

YBIG: Ruddock, Babb and yourself are staying in your place. Early in the morning, the three of you are around your car, itâ€™s all frosted over and you have locked the keys inside. The cops come along
JASON: I left the keys in the car. I was outside the car, it was a porshe at the time. The police came along, they would regularly come to my house for a brew and that and they were trying to help us, so he told me to go and get a coat hanger.
Iâ€™ve gone upstairs and come down with a wooden one! What do you want me to do with that they asked me. I donâ€™t know do you not want to break the window I said!

YBIG: Was it Ruddock who christened you Trigger.
JASON: No Trigger was me name here. At Liverpool we already had a Trigger in Rob Jones so I was called Dave cause Trigger calls Rodney Dave!

YBIG: Whoâ€™s the longest in the shower?
JASON: Not me, mineâ€™s a wallnut whip. Iâ€™d have to say one of me mates. Robbie Keane. 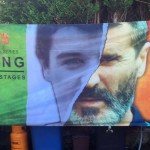