Considering that fingers can certainly be pointed in Darren Randolph’s direction for the goal that proved to be Wales’ winner Tuesday night, it’s ironic that it was probably his stoppage-time save that stopped the atmosphere turning really poisonous. At least that’s how it felt after George Thomas fluffed his lines when one-on-one with the Middlesboro stopper in the 93rd minute. While there were audible boos from the crowd when the ref blew up a minute later, I’ve no doubt a second goal for Ryan Giggs’ team would have amplified them to a level that would have been far more difficult for Martin O’Neill to farcically shrug off as being aimed at the referee.

The most frustrating aspect of Tuesday for me was that the first half was undoubtedly an improvement on what we had seen against Denmark on Saturday. Yet, once Wales went ahead, the old failings came to the fore once again as our play lost any semblance of shape in our attempts to salvage something. The chaotic nature of the last twenty minutes could as easily have resulted in a two or three goal slaughter rather than an equaliser. We ended up with neither and instead took another nick in what seems like a death by a thousand cuts for this regime.
There was still a bit of a matchday buzz around the city as we made ourÂ way over from the Northside with food and drink pit stops in Fagans, Mulligans and The Gingerman. But it was mostly coming from the Welsh fans dotted around the city and when we arrived at the Beggars, there was a lot more room than normal.
To be fair, it was a midweek game and once it got to an hour before kick-off, there were plenty of bodies milling around. However, I do wonder if the fact that so many tickets were given away for free through schoolboy clubs meant that a good chunk of the crowd wasÂ coming in with their kids for the match alone. I’ve no issue with anything that encourages the next generation of fans to come along but the sheer volume of tickets rumoured to be handed out does raise questions about how fair that is to those loyal supporters who pay for the dubious privilege of watching this team.
With Callum Robinson’s cameo one of the bright points from Saturday’s draw and rumours about Shane Long’s level of fitness, it was no surprise to see Robinson named to start. Aiden O’Brien’s performance in the PolandÂ friendly had obviously been enough to see him given the nod in place of Callum O’Dowda who was suffering from concussion. Otherwise, it was the same team as three days before with the Cyrus Christie experiment in central midfield continuing.
Meanwhile, the loss of Gareth Bale and Aaron Ramsey had left Wales without their two best players. Ethan Ampadu, their Irish qualified young prospect who had done so much damage to us in Cardiff was also missing so the team Giggs sent out was hugely inexperienced with an 18-year-old, a 19-year-old and three 21-year-oldsÂ lining up. And for all the talk about the lack of Irish players playing in the Premier League, our team contained six players currently playing there compared to three for Wales.
The Welsh are a nation who know how to belt out an anthem and their rendition of Land of our Fathers was certainly rousing while the malaise around the Irish set-up seemed to have made its way into the stands with a half-hearted AmhrÃ¡n na bhFiann bringing us to kick-off.
After the criticism of the overly defensive nature of Saturday’s set-up, it was clear early on that our defensive line was further up the pitch,Â meaning that the formation looked more like the promised 3-5-2 as opposed to the five at the back that was consistently apparent against the Danes.
James McClean was getting forward well from his left wing-back position and had got stuck into both Joe Allen and David Brooks in the first six minutes before winning Ireland’s first corner on eight. 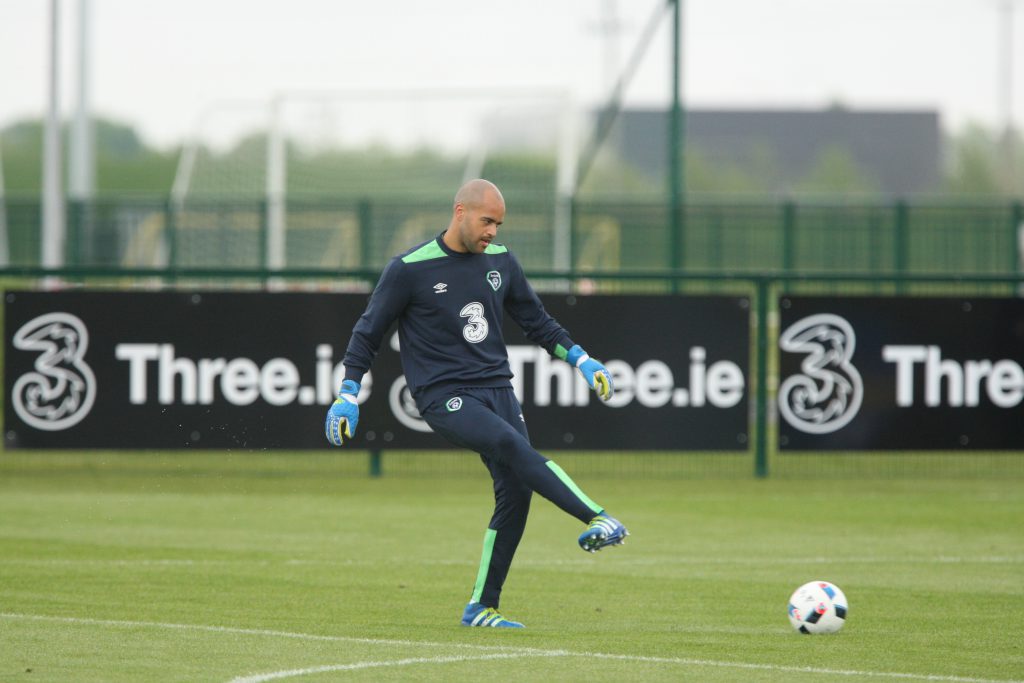