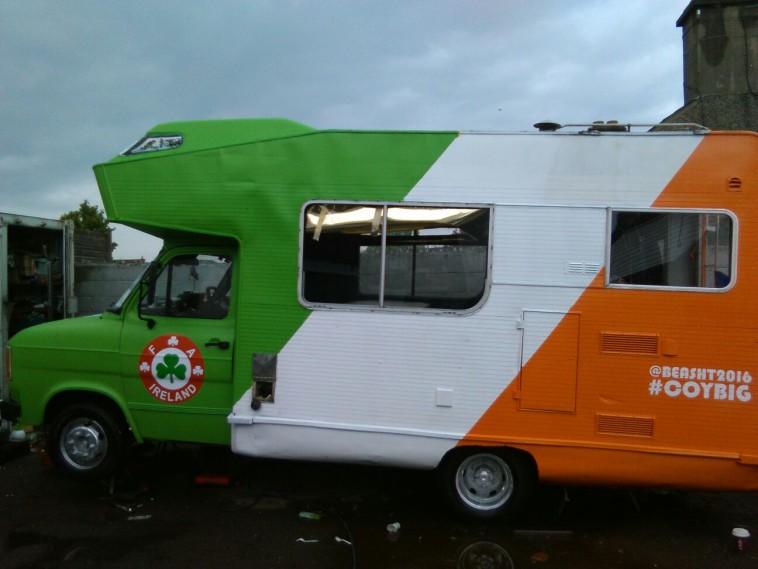 Cork City picked up an impressive 2-0 win against Levadia Tallinn to give themselves an excellent chance of progressing to the next round of the Europa League.

Shamrock Rovers also picked up a 1-0 win in Iceland to take back to Tallaght, but Derry City suffered a heavy defeat in Denmark which leaves their qualification hopes in tatters.

Tallinn hadnâ€™t lost since October, but John Caulfieldâ€™s charges were fully deserving of their victory, with Sean Maguire causing the home side all sorts of problems throughout.

Buckley opened the scoring with a low drive from a free-kick just before half time, just two minutes after Tallinn defender Tabi Manga was shown a second yellow for a clumsy challenge on Sean Maguire.

Beattieâ€™s stunning strike from 25 yards sealed the points and puts the Leesiders in pole position to qualify for the next round.

Gary Shaw scored a crucial away goal for Shamrock Rovers, who claimed a 1-0 victory over Icelandic outfit Stjarnan.

His solitary strike â€“ stabbed home from a corner in the 38th minute – sealed the 100th win in European club competition by an Irish side, and Rovers will face Czech side Mlada Boleslav in the next round if they can hold on to their lead in the second leg.

Rovers â€˜keeper Tomer Chensinski produced a good save when called upon in the 70th minute, but the Dublin side produced plenty of chances themselves, with Finn and Shaw going close before the eventual breakthrough.

Midtjylland put six past goals past Derry City in Denmark, five of which came before Ronan Curtisâ€™ consolation goal after 65 minutes.

The Danish side â€“ who beat Manchester United 2-1 in Denmark last year – were simply too good for the Candystripes, and took the lead after just four minutes.

Derry were denied a penalty in the 48th minute â€“ and conceded one in the first half â€“ but did not give up on a difficult night for the Airtricity League side.

Curtis did pull one back from close range after he reacted quickest to a loose ball in the box.