Daryl Horgan came off the bench for his first appearance for Preston since Saturday, 24th February
Sean Maguire scored his tenth goal for the club
Alan Browne scored his first goal in a month, and was booked for the fifth time this season

Joe Rafferty was booked for the fifth time this season 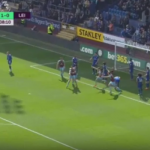