if youâ€™ve been living under a rock for the past three months, weâ€™ll quickly fill you in. Martin Oâ€™Neill and Roy Keane are out, Mick McCarthy is in. Again. 16 years on from his last tenure as Republic of Ireland manager, McCarthy will lead the national side once more as we look to qualify for the 2020 European Championship.

Drawn into Group D alongside Switzerland, Denmark, Gibraltar, and Georgia, Ireland must finish in the top two to stand any chance of reaching the finals the normal way but we are nearly guaranteed a playoff through the Nations League if we finish third or lower. Ireland have reached the European Championships in each of the last editions of the competition, and McCarthy will be quietly confident of extending their run of appearances in 2020.

The 2020 tournament will be different to previous years; no particular country will host the competition. Instead, UEFA opted for 12 host cities across Europe â€“ Dublin was one of those who made the final list. Should the Republic of Ireland advance to the finals, McCarthyâ€™s men will play at least two matches at the Aviva Stadium, this will be a huge incentive for Mick and the players.

If the motivation wasnâ€™t already there, it will be now. McCarthy has the chance to write the record straight after the 2002 World Cup fallout. If he can guide Ireland to a third European Championships in a row, all will be forgiven. Enough time has passed now, and McCarthyâ€™s sole focus will be on qualifying for the tournament. Ireland underperformed under Oâ€™Neill and Keane; that simply cannot happen again.

Ireland, which areÂ 7/2 in international football betting odds ahead of Euro 2020, could even finish at the top of Group D if players respond well to McCarthyâ€™s approach. On paper, Ireland have the quality to go close in their pursuit of reaching the next round â€“ they definitely shouldâ€™ve done better under Oâ€™Neill and Keane. Only time will tell, but there is lots of optimism ahead of the qualifying campaign.

With plans already in place for Stephen Kenny to step up and replace McCarthy after the 2020 European Championships, the 59-year-old can harness all of his efforts on reaching the competition and then enjoying his tenure at the finals. The fixtures have been kind with Gibraltar and Georgia up first giving him time to work with the squad and

The Republic of Ireland will be confident of navigating Group D over the next 18 months or so, and Mick McCarthyâ€™s appointment could end up looking like a stroke of genius. Taking the nation back to a major finalÂ after missing out on the 2018 World Cup is an absolute must â€“ Watch this space, McCarthy could be the right man to do just that. 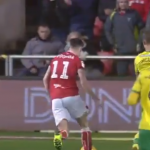