It has been quite a journey for Mick McCarthy in the past year, he has gone from managing Ireland to taking over as manager of Apoel in Cyprus, and now he is in Wales, with Cardiff Fc in the Championship. He could be renamed Merry-go-round Mick.

His second Ireland stint was mediocre, but he did at least bring Ireland to the last game of the European qualifiers, where we needed a home win against Denmark, the game ended 1-1. Mick would have been manager for the play offs against Slovakia but the Corona did for that, so he left via a press release in April 2020. Stephen Kenny’s contract was to see him take over the job after Euro 2020 but as that was delayed so the FAI decided they had no choice but to let Big Mick go. Mick has been a fine servant to Irish football as a player and as a manager, mainly his first stint as manager which saw him take Ireland to the World Cup in 2002.

His move to Apoel, appeared a strange managerial appointment and it ended just as strangely with Mick lasting a mere 9 games. While results were poor enough it really is a fraction of the time a new manager needs. It makes you wonder why he was signed in the first place. But this is the modern-day world of football we are talking about here.

From sunny Nicosia to wintery Cardiff, Mick McCarthy took over a struggling Cardiff City on January 30th on a short term contract. At the time Cardiff were a few places above relegation and while their situation was safe enough a run of poor results could have seen them dragged into a relegation battle. So, Mick was simply hired as an experienced Championship manager with one task ‘avoid relegation’ and anything else is a bonus. So far so good then.

When McCarthy was announced as the new manager the fans weren’t exactly out on the streets celebrating the news, and most fan forums were underwhelmed by the news. In his first game in charge Cardiff drew with McCarthy’s former club Millwall 1-1 and after that they won their next 6 games. At one point it looked like McCarthy would be taking the team into the play offs as they were in the top 6 for a short period. He had also won over the fans too as they weren’t just winning by the odd goal they were free scoring with 15 goals scored and only 3 conceded.

Then the management did something stupid and offered him a 2 year contract till the Summer of 2023, and typically the results went from brilliant to poor. He has lost 3, draw 2 and won 1, but 28 points from a possible 45 is still excellent and they will likely finish in the top half of the table. They can be backed for promotion to the Premier League at a best priced 50/1 but you can have a more fun risk with a best strategy for Crazy Time.

McCarthy is a very good Championship manager, and he has proved that at the clubs he has managed. His last team Ipswich were relegated soon after he left, he was there for 6 years, where he had an extremely limited budget and still got them to the playoffs in the 2014/2015 season.

He got Wolves and Sunderland promoted and while the results in the Premier League were poor, the truth was he had overachieved in getting the promotion with the teams he had and without a huge investment they were always likely to be relegated.

So, Cardiff City fans would be right in thinking that with a few shrewd signings they should expect at least one season where Cardiff can make the play offs. As for Ireland fans we will be hoping that some of those shrewd signings could be Ireland players. Mick’s teams have always had a few Irish players, some of whom like Matt Doherty he brough over from the LOI. One player that would be a brilliant signing would be Shane Duffy who is having a nightmare at Celtic. He was Ireland’s best player for two years under Mick and with his confidence back he would be the perfect centre back for a team looking to get promoted. Other possible signings or loans could be Robbie Brady, Alan Browne, Troy Parrott or Michael Obafemi.

Whatever happens Mick back in the Championship is always good news for Irish players. 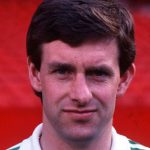