Martin O’Neill has named the 27-man squad to face Denmark in the upcoming World Cup play-offs.
James McCarthy, Sean Maguire and Richard Keogh miss out through injury, and David McGoldrick has been left out of the squad.
Aiden O’Brien has been included, as has David Meyler, who will miss the first leg through suspension. However, there is no space for Daryl Horgan, Alan Browne or Johnny Hayes in the trimmed squad.
Jeff Hendrick picked up an injury in Burnley’s win over SouthamptonÂ on Saturday, but O’Neill is hopeful the Dubliner will be fit for Saturday’s clash.

“Jeff, would be, he was substituted in the game,” the Republic of Ireland boss said.

“He was feeling his injury at the time, he said he’s improving.

“If the game was tomorrow morning, he might struggle, the most important thing is that he’s hopeful and the medical team are hopeful too.

“He came off after 60 odd minutes, he was having a bit of a problem, he’s still a bit sore so we’ll see how he is.”

The boys in green take on the Danes in Copenhagen on Saturday before hosting their opponents atÂ the Aviva Stadium three days later.
Denmark have also been hit with injuries, with key centre back Simon Kjaer picking up an injury in Sevilla’s clash with Barcelona over the weekend.
Nicloai Jorgensen and Andreas Bjelland are also doubts, and Brentford defenderÂ Henrik Dalsgaard has been ruled out. 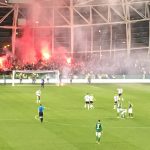