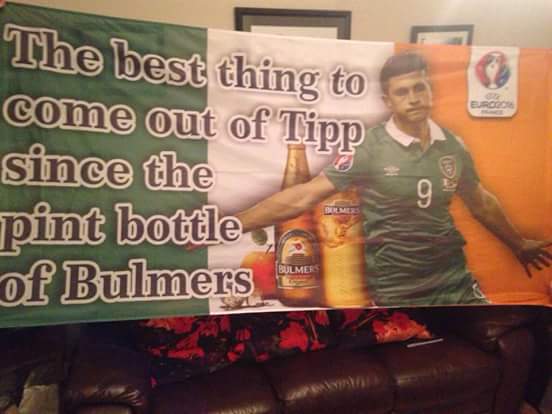 Shane Long scored what proved to be the winner for 10-man Southampton today.

The Republic of Ireland striker doubled the Saints’ lead against Leicester at the King Power in first half stoppage time, and also won an 11th minute penalty which was dispatched by James Ward-Prowse.

Wilfred Ndidi pulled one back for the Foxes in the 58th minute, but Southampton held on to come away from Leicester with a precious 2-1 win,Â despite losing Yan Valery to a red card on the stroke of half time.

Valery was dismissed in the 45th minute after picking up a second yellow, and Long stunned Claude Puel’s Leicester moments later with his first goal of the season.

The 31-year-old chased a loose ball down the line, and capitalized on some weak defending by Ricardo, before tucking the ball past Kasper Schmeichel.

It was Long’s first goal in 279 days, and the goal was just his third in his last 72 games.

The Tipperary native produced an excellent performance for Ralph HasenhÃ¼ttl’s side, putting in a huge shift for the visitors.

Long stepped up to the plate in the absence of Danny Ings and Charlie Austin, and may leave his German manager with a selection headache when the duo return.

“The confidence is coming back,” Long said after today’s win.

“We know we have the quality in the dressing room.”

The win has lifted the Saints up to 16th in the table, one point clear of the drop zone.

Southampton have now picked up 10 points in their last six games under HasenhÃ¼ttl.