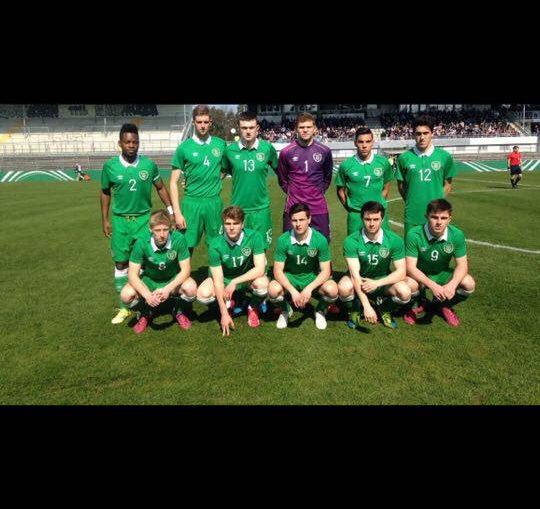 Itâ€™s always an extremely proud moment representing your country, one every boy dreams of, and fortunately I was privileged to get the chance. Over the course of last year I was included in the Irish U19s squad for a series of friendlies, and a spot in the squad for the first qualifying round of the European Championships, which were held in Waterford.

We played Malta, Gibraltar and Switzerland and we needed to finish in the top two of the group to progress to the next round of qualifiers. We finished top of the group and got drawn against Germany (of course!), Czech Republic and Slovakia. As groups go, you could consider that the group of death.

As Germany were the reigning Champions of the world at the time, we headed over to Heidelberg to play in the elite qualifying rounds, one round away from the European Championship. Only the winner of the group progressed this time so I knew we had a mammoth challenge ahead of us! (Although nothing that wasnâ€™t achievable.)

Before we headed off to Germany we had a few days training camp in Johnstown House. Here, most of the day was spent sharpening up our table tennis skills with a bit of football thrown in. After four days preparation we flew out to Frankfurt, excited but nervous as we knew the caliber of teams that we would face.

To add to the nerves, the German team were staying in the same hotel and had players who I had just watched on TV score in the Champions League (a small bit star struck I must add). We were treated well and had the added luxury of a table tennis table, something which kept our minds off the task ahead (maybe a bit too much at times!).

A lot of time was spent on the bus going between hotels, pitches, matches and airports and was the best view we got of the seemingly beautiful city of Heidelberg. As there was three matches to play, there wasnâ€™t much time to explore the city ourselves.

Our first game was against Czech Republic, where I remember being really disappointed as I didnâ€™t get played against arguably the easiest team in the group. We lost 1-0 and it really wasnâ€™t the start I or the team were hoping for. It meant weâ€™d have to win both other games against even tougher opponents.

Thankfully, my disappointment was short lived as I found out that I would be starting the next game against the World Champions. Iâ€™m not sure which emotion replaced disappointment though as the overwhelming nerves kicked in.

The next day proved to be one of the most enjoyable days of my career so far, not because of the result (a 3-2 loss) but because I got to test myself against the worldâ€™s best and future stars of the game and coming off the pitch not feeling out of place. A very proud moment I wonâ€™t let people forget easily (that and that I nutmegged Leroy SanÃ©, all in a days work).

At this stage we knew our hopes were dashed but on the Bright side we were brought out to a local Irish bar (not for pints) but to watch the senior team play that night. Here, was the first time we could truly relax and enjoy the match.

It had now been nearly 12 days away with the squad and we had become very close. After our final game against Slovakia (1-1), we were allowed some free time to explore the city.

What a great few weeks away but nothing like the harsh reality of summer exams coming around the corner to bring your feet back down to the ground and back to reality. 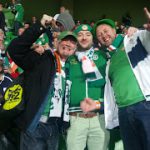