West Bromwich Albion 0-4 Manchester City
After being booked for the third game in a row, James McClean has picked up five yellow cards this season and is suspended for the next game

Arsenal 4-1 Sunderland
John O’Shea made his 350th start in the Premier League, but unfortunately had to be substituted due to injury in the first half

Bolton 3-1 Port Vale
After returning to the Port Vale side with an appearance from the bench a week and a half ago, Sam Kelly made his first start since August 9th

Sheffield United 2-1 MK Dons
Darren Potter scored his first goal of the season, before this the midfielder hadn’t scored since January 31st

Scunthorpe 4-1 Swindon
The second goal of Paddy Madden’s brace against SwindonÂ (his fourth goal in four games)Â was the former Shamrock Rovers’ striker’s fiftieth goal for Scunthorpe, in 140 appearances for the Iron

Southend United 1-1 Shrewsbury
Stephen McLaughlin scored his fifth goal of the season, having gone more than a month since his last strike

Cambridge United 0-1 Portsmouth
Noel Hunt marked his first appearance for Portsmouth since September 10th with his first booking in over a year, having not been shown a yellow card since Monday, 31 August 2015
Michael Doyle was booked for the fifth time this season and is suspended for the next game

Leyton Orient 0-2 Crewe Alexandra
After appearing on the Sky Sports documentary “Out of Contract”, Michael Collins signed a short term contract with Leyton Orient and came off the bench against Crewe to make his debut for the O’s

Inverness CT 3-3 Hearts
Having returned to the Inverness first team last week, Aaron Doran scored his first goal of the season in almost 18 months against Hearts, his last goal came on Saturday, 2 May 2015 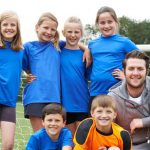