The Republic of Ireland have been placed in League B of the UEFA Nations LeagueÂ alongside Northern Ireland and Wales.

The four Leagues (A-D) are based on FIFA rankings, and 55 European teams will be split into four groups of three within each League, with the draw being made in January 2018.

TheÂ inaugural UEFA Nations League 2018-19 will aim to improve international football and replace meaningless friendlies, and has been in the pipeline since 2011.

The winners of each group will be promoted (or compete in the finals in the case of League A), and four teams will be relegated for the next phase of the Nations League.

The league will kick off in September 2018, and will affect future qualification for the European Championships. According to RTÃ‰, the top four-ranked League B teams that do not qualify for Euro 2020 will enter play-offs in March 2020, with one finals place on offer.

The UEFA website states that “changes to UEFA EURO qualifying will make it more streamlined. The equation is now simple: ten groups with the top two teams in each group qualifying automatically, and the other four places being awarded to European Qualifiers play-off winners, in which the 16 group winners of the UEFA Nations League will be in contention.”

The Nations League will also adhere to the existing agreed international match calendar.

Here is the breakdown for each division: 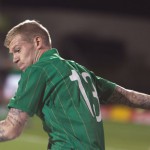 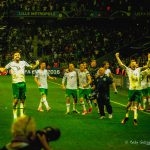