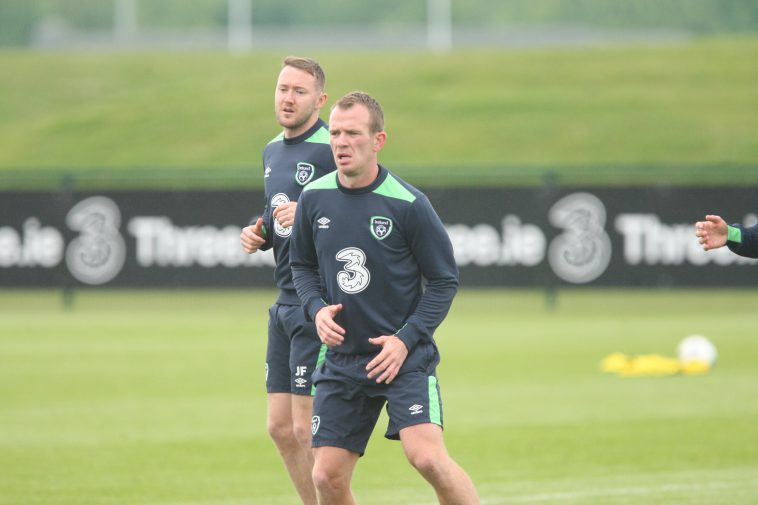 Ireland produced a disappointing, below par performanceÂ in their 1-1 draw in Georgia tonight in Tbilisi, despite taking an early lead through Shane Duffy.

Georgia dominated possession for long periods, and in a familiar pattern, the boys in green struggled to retain possession when under pressure.

Valeri Kazaishvili tucked away a deserved equalizer for the hosts after 34 minutes, and despite several late chances, Ireland were unable to nick a winner at theÂ Boris Paichadze Dinamo Arena.

It is easy to pick out individual displays for scrutiny, but the already divisive Glenn Whelan – who captained the side on his 82nd international appearance – performed poorly on the night, and has received a hard time on Twitter as a result.

But it’s okay because he makes up for it with his distribution pic.twitter.com/AfDqzJGZ8a

I’d get rid of Glenn Whelan and replace him with Marty Whelan, no one would notice the difference
##GEOvIRE #COYBIG

Appreciate Soccer is hard. And he’s obviously doing his best. But we have to have a better option than Glenn Whelan at midfield… or do we?

People struggling to believe how bad Ireland were. What do you expect when the manager makes Glenn Whelan captain #GEOIRL #COYBIG