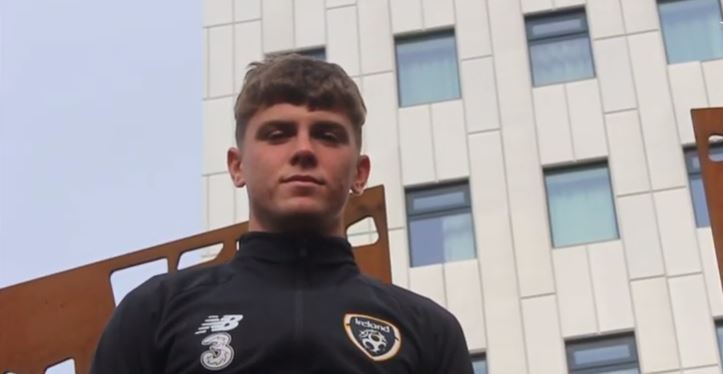 The Republic of Ireland teenager is enjoying a superb breakthrough season for club and country, making his senior Cherries debut in a Carabao Cup victory over Forest Green Rovers.

Kilkenny is also part of the U21 Ireland squad, and has made six appearances for Stephen Kenny’s exciting side this season, making his debut in the 1-0 win over Armenia in September.

“It’s great to sign a new contract and I’m really pleased for my family as well.

“I gave up school to come over when I was 16 and my mum and dad must have been wondering what I would do if I had to go back home.

“Knowing I’ve got a bit of security now will give them peace of mind. I can also stop borrowing money from my mum and can start to pay her back!” You can bet on the Super Bowl here

It has been a whirlwind season for the 19-year-old Dubliner, who was named on the Bournemouth bench for the Premier League club’s recent defeat to Spurs.

After playing for the Bournemouth U21 side last season, the former St. Kevin’s Boys midfielder returned to the club with only one year left on his contract.

He impressed senior boss Eddie Howe in preseason, producing a man of the match performance and scoring against French giants Lyon.

By his own admission, Kilkenny was playing football in the park with friends, eating Nando’s and watching Love Island just weeks earlier.

However, he seized his chance to impress, and has now been rewarded by the Premier League club.

Howe has reportedly assured Kilkenny that he is part of Bournemouth’s long-term plans, and will reportedly block any loan offers for the teenager.

Kilkenny has continued to shine for the Cherries’ U21 team, and scored a stunning hat-trick in the club’s 8-0 demolition of Basingstoke Town in the second round of the Hampshire Senior Cup.

“He has huge potential and has made real progress over the past six months to become a regular around the first team squad.

“Gavin fully deserved his first team debut earlier this season but this is just the start for him, and we look forward to him continuing his development under Eddie Howe and his coaching staff.”

Bournemouth are currently 15th in the table after last weekend’s 3-0 home defeat to league leaders Liverpool at the Vitality Stadium.

Howe’s team have collected 16 points in 16 games, and sit just one point clear of the relegation zone.

Next up for the Cherries is a trip to Stamford Bridge to face Chelsea, before back-to-back home games against Burnley and Arsenal.

After that they will face Brighton and West Ham in two crucial matches. Brighton, who are 12th, are just three points better off than the Cherries, while the Hammers are below them on goal difference alone.

It is unlikely that Kilkenny will see much game time in such a crucial period, given his omission from Bournemouth’s last two matchday squads against Crystal Palace and Liverpool respectively.

However, Bournemouth’s squad isn’t the biggest, and Howe may be forced to rotate regularly over the Christmas period to keep things fresh, which may result in Kilkenny making his top flight debut.

The Cherries face Luton Town in the FA Cup in early January, which could provide Howe with another suitable opportunity to give the Irishman some minutes.

Kilkenny may have to be patient after a rapid rise in the last six months, but with a new long-term contract on his side, the Dublin midfielder is going nowhere. 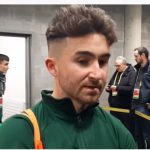