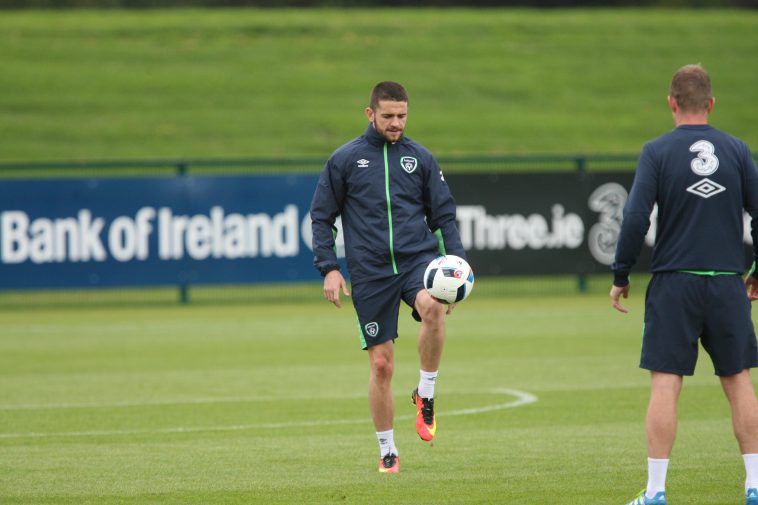 Most people were surprised that Robbie Brady was still a Norwich player when the transfer window slammed shut in August.

The 24 year old enjoyed a good season personally at Carrow Road last year, despite the clubâ€™s relegation, and was excellent for Ireland at Euro 2016.

The Dubliner was linked with a host of clubs after the Euros, but no move materialized, and he has been playing in the Championship since.

With the January transfer window approaching, whatâ€™s next for Robbie Brady?

Here are four potential options for the Irish international.

Sunderland have been linked with moves for both Robbie Brady and Shane Long in recent weeks, as David Moyes looks to improve his fortunes at the Stadium of Light.

Brady would fancy his chances of breaking into the team, either at left back or in midfield, but the move could prove a risky one.

The former St. Kevinâ€™s Boys youth has the unwanted record of being relegated twice in consecutive seasons with Hull and Norwich, and itâ€™s imperative that he joins a club with stability if he leaves the Canaries.

Sunderland are currently rooted to the bottom of the Premier League table, and have accumulated just eight points from their opening 13 games.

Brady is likely to find himself in the Championship yet again in May if he decides to accept any potential offer from the Black Cats.

Brady was heavily linked with the Premier League champions in the summer, but Leicester werenâ€™t able to get any deal over the line.

Christian Fuchs is an excellent left back, so itâ€™s difficult to envisage Brady ousting the Austrian as first choice under Claudio Ranieri.

However, Bradyâ€™s versatility is sure to work to his advantage, and he would be a useful squad option for the Foxes.

While Leicester are currently struggling in the league, I expect them to improve as the season goes on, and I canâ€™t see them being relegated. A move to the King Power Stadium would also allow Brady to experience Champions League football for the first time.

A move to Leicester would represent a very good move for Brady.

However, itâ€™s well documented that Jurgen Klopp needs a left back.

James Milner has performed admirably at left back this season, but a 30 year old right-footed midfielder isnâ€™t a long term solution. Alberto Moreno, simply put, is a complete liability.

Should Moreno be moved on in January, Klopp will need a replacement. The Anfield boss saw moves for Jonas Hector and Ben Chilwell fail to materialize during the summer. While he might return for one of the pair, Brady could provide a cheaper alternative.

Versatility is important to the German boss, and Bradyâ€™s ability to play across midfield could be an extra incentive.

A move to Merseyside would be huge for Brady, but it remains doubtful. His former ties to Manchester United might also be a stumbling block.

Stay in the Championship

This is the least attractive option for Brady, but it might be worth waiting until the summer to leave Norwich if no suitable offer arrives in January.

The Canaries are only two points off the playoff positions, and Brady is well liked at the club.

A move to Brighton or Newcastle, the favourites for automatic promotion, could also be beneficial. Newcastle boss Rafa Benitez has already signed Bradyâ€™s international teammate Ciaran Clark this season.

Unless clubs like Leicester, Everton or West Ham (both have been previously linked with Brady) come knocking in January, the Championship represents a better option than a third consecutive relegation, which is very likely if Brady joins Sunderland.

Next summer, Brady will have just 12 months left on his contract, which will reduce his cost and make it easier for Premier League clubs to sign him.

One thing is clear. Robbie Brady deserves to be playing in Englandâ€™s top flight. He has performed consistently in the Premier League in the past, and his international performances have been excellent.