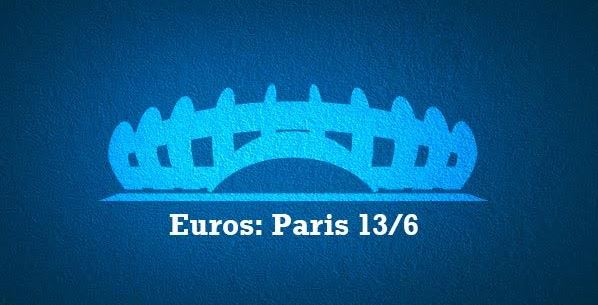 Paris. Always great craic, even better in June. June 13th to be exact. Hereâ€™s what

you need to know about Irelandâ€™s first match against Sweden and how to get there.

world. Usually a city for lovers, on Monday June 13th it will turn into a sea of green

Dublin to Cherbourg once a week.

Brittany Ferries sail once a week from Cork to Roscoff.

The 81,000-seater Stade de France is in the rather unglamorous northern suburb

of Saint-Denis but getting to it from the city centre is easy. As parking is limited, itâ€™s

best to use public transport to get to the stadium. The suburban rail network in

Denis station: RER B and RER D, and is the quickest way to get to the grounds.

Halles (10 minutes) and Gare de Lyon (15 minutes) in the city centre, and run

regularly before and after matches.

minutes), Invalides (20 minutes) and Gare Montparnasse (25 minutes). You can

see a map of both the RER and Metro network here.

Note: When the stadium is busy, you may have to queue for up to an hour to get a

train back into the city centre. Your best bet is to make a run for it as soon as the

Saint-Denis isn’t the most exciting part of Paris, so it is probably best to eat in the

city centre before and after the game. Paris is full of bars, restaurants and street

vendors and food is relatively cheap in comparison to alcohol. The area around

Drinks donâ€™t come cheap in Paris but here are a few suggestions to budget for.

Kitty O’Sheas, near MÃ©tro station OpÃ©ra is centrally located and has a good

atmosphere on match weekends. As does the Eden Park Pub on Rue Princesse,

which is within walking distance of Mabillon, St Sulpice and St Germain des pres

Paris provides every kind of accommodation you could imagine, from Airbnb and

hostels to luxury hotels. If you want to stay near to the stadium here are some

â–ª The Novotel (right opposite the stadium)

from the right, there is only one stop sign in the whole of Paris; in the wealthy 16th

Ready for the next match? 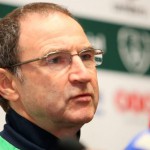